Dmitry Terekhin on the year ahead 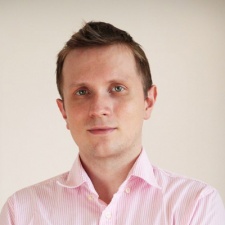 In 2002 Dmitry Terekhin founded Moscow-based Nekki with a focus on creating original, quality gaming content for mobile and social platforms.

The company has released the popular games Shadow Fight, Shadow Fight 2, Vector, and others, earning more than 160 million installs to date.

Dmitry graduated from the Moscow Engineering and Physics Institute with a degree in mathematics and systematic programming, and received his MBA from the Skolkovo School of Management in 2014.

Dmitry Terekhin is the founder and CEO of Russian developer Nekki.

According to a new report from NewZoo, global mobile revenues have grown 23% year-over-year to reach an annual total of $30 billion.

Even though next year’s revenues are expected to exceed $35 billion, the top grossing charts have remained relatively unchanged.

Mobile gaming’s leaders have managed to ride this wave of growth by adapting to seven key market trends, summarized below, that will continue to shape the mobile market’s rapid growth into 2016 and beyond.