Goodgame's Sabrina Carmona on Brazil and beyond 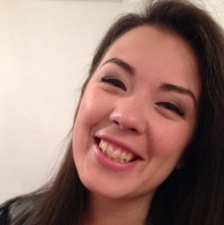 Sabrina Carmona originally set up a free-to-play games studio in her native Brazil, before financial difficulties forced the studio to close.

Despite being now based in Hamburg as a Producer at Goodgame Studios, Carmona still has a passion for the Latin American games industry and a belief in the market she's keen to share.

As such, she takes the stage at Pocket Gamer Connects London 2016 to spread the word.

If the mountain won't come to Mohammed...

She begins by making it clear just how large a market we're considering - Brazil is 11th top country by game revenues, with a value of nearly $1.5 billion.

Mexico is not far behind in 13th and Argentina takes 22nd.

Together, the Latin American regions account for 4.35% of total gaming revenues worldwide. And, despite perceptions, players in the region are clearly spending money in large numbers.

"56% is the percentage of Brazilian gamers that actually spend money [Mexico even better at 62%], which is great for Brazil because we have a huge historic culture of piracy."

Indeed, with console gaming priced outside of mass market affordability - "if you wanted to buy a PlayStation 4 in Brazil, you'd be looking at $2,000" - free-to-play is king in Latin America.

When it comes to the games dominating the devices in the area they're largely the same. Candy Crush Saga, for instance, has been downloaded 30 million times in Latin America and almost 7 million total revenue.

Brazil and Mexico may not be the first countries that springs to mind when you think of mobile gaming, but "this culture of in-app purchases - Latin America is getting there," Carmona says.

"If you want to make money in Latin America, you should focus on Brazil. They've got the 4G technology already, people [regularly] pay $3,000 for an iPhone over several months - it's more important than having a TV right now."

She paints a picture of a market that is sizeable - and potentially lucrative - but with a player mentality that means in-app purchases have to be hard-earned. Her final takeaway, then? "Put [incent] advertisements in your game. [Latin Americans] will happily consume them."

10 videos that teach you about the global mobile gaming markets