Why you should be thinking 'mobile last', not 'mobile first' 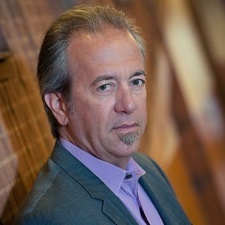 Derrick Morton, co-founder and CEO of Seattle-based FlowPlay has been a games and online entertainment executive for over 20 years.

He has led the development of over 200 digital entertainment projects, and has been a key executive at top online game websites - iWin, Uproar, Flipside, Virtual Vegas and GameHouse.

With more than 3 million apps available to-date, game developers have adopted a 'mobile first' attitude - and for good reason, as mobile has been a popular and growing platform for many years.

However, as developer interest in creating games for mobile increases, and the market becomes more crowded, we're seeing small, independent developers getting a shrinking piece of the mobile revenue pie.

This, combined with the fact that mobile game sales are ruled by Apple and Google, is leaving many developers wondering how to make it on mobile.

It's time for the industry to take a step back, re-evaluate, and shift our strategy to adapt to current and emerging challenges.

State of the marketplace

The mobile marketplace is currently larger than it's ever been, and is growing at a double-digit rate.

Although this growth initially seems like a good thing, it has created a low barrier of entry crowding the market and causing a small subset of games to make most of the money.

Player acquisition rates are skyrocketing, creating competition amongst indie developers and driving up the costs of launching and maintaining a game on mobile.

Unless a developer has a hefty marketing budget to raise a game's visibility, it will be virtually impossible to compete with the triple-A developers, much less the thousands of other indie developers vying for those same consumers.

Unless a game is ranked in the top 200, it's likely bringing in less than $2 million a year.

With almost 400,000 'active' games already available and around 450 new games submitted daily, it's clear that the mobile platform is flooded.

Because of this, unless a game is ranked in the top 200, it's likely bringing in less than $2 million a year, which is simply not sustainable long-term.

As mentioned above, player acquisition costs are out of control, often exceeding $3 per user.

While advertising and customer acquisition companies may be reaping the benefits, mobile game developers are suffering, and much of their indie creativity and innovation is going unnoticed and unrewarded.

Mobile is bent, not broken

The fact that the current marketplace is dominated by iTunes and Google Play, and consumers are trained to look directly at the app stores on their devices to find games, have created the challenges outlined above.

But that doesn't mean that the mobile platform is completely broken. The market simply needs storefronts that specialize in certain types and genres of games - a mid-core player should be getting games from a different source than the casual player looking for 10 minutes on Candy Crush.

Specialists that live and breathe games will do a much better job presenting them and getting them in front of the right audiences than the one-size-fits-all options we have today.

These types of mobile game stores have been attempted, but can only be successful if both consumers and developers can get on board.

We are also starting to see app stores adopting editorial policies toward presenting games, versus solely using ranking systems, enabling games of all sizes to be featured for having great gameplay, rather that just a great budget.

Apple and Google could go one step further to offer opportunities for independent curators to act as independent tastemakers within the stores and offer recommendations within specific genres.

After considering the state of the market, and its challenges, developers need to begin looking at what they can do differently when launching a game, to avoid losing money and opportunity in this difficult landscape.

Mobile last? Then what first?

Developers - especially indies - who are passionate about pursuing mobile will be more successful if they abandon the mobile first mentality.

Shifting to mobile after a game has proven successful online will be much easier than building on mobile first.

By launching online first, developers can test their games with acquisition budgets as low as $1 per qualified user, and Facebook campaigns at $1.25 to $2.50 per user.

This approach also offers a no risk distribution channel that allow developers to test cheaply and fix what is needed with lower development barriers that would be seen with mobile.

Shifting to mobile after a game has proven successful online will be much easier than building on mobile first, especially if the gameplay kinks are already straightened out, and revenue is already coming in.

PC and web still very much have a place in a developer's go-to-market strategy and continue to hold more potential for growth, development, and feedback than mobile as a launch pad.

By thinking with a mobile last mentality, developers can test and find their strengths while uncovering exactly how much each user costs and how much they can afford to spend on acquisition.

So developers, unless you fall into the triple-A category, only after you have a solid game in place on a less expensive platform should you start thinking mobile.

Exospecies creator Eric Zinda on the move from Xbox to mobile

Reply
Errol Stewart Sr. Product Designer / User Experience
The only people who play games on PC are hardcores who want a deep experience. You're still competing with AAA there, but a lot of indies have seen success -- only if the games are really good. Casual games are played on mobile because it kills time on the go. Who wants to play shallow games in their office chair all day? If you want to compete on PC/web, you're still spending lots of money/time for the size of the game required.
Posted 6 years, 5 months ago

Reply
Kim Soares
"So developers, unless you fall into the triple-A category, only after you have a solid game in place on a less expensive platform should you start thinking mobile."

Mobile market is chronically over crowded, that's a fact. However, what works on mobile does not necessarily work on PC so testing your game on PC first simply is not an option for most mobile games.