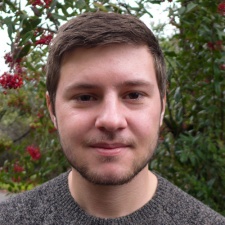 The holidays are a special time in the mobile gaming industry, particularly when your target demographic has two full weeks off school and a fresh batch of iTunes gift cards burning holes in their pockets.

Customers are more engaged than ever in finding a game worth their time and money, providing the perfect opportunity for developers to bring in new players, reengage lapsed players, and provide value and premium content to an existing fanbase.

With High School Story, we found a snowy makeover to the gameworld effective, but this can present problems when your game's setting is a school for the stars in sunny Hollywood, California.

As you might've guessed, this was the exact problem facing Pixelberry's second game, Hollywood U.

Having launched Hollywood U in December of 2014, this past holiday season was actually our studio's first encounter with the issue of winterizing the game's titular university.

A snowy makeover ... can present problems when your game's setting is a school for the stars in sunny Hollywood, California.

When we first launched, giving the game a strong holiday theme would've muddled its fledgling brand, so we hadn't yet determined what the Hollywood U equivalent of a snowy gameworld would look like.

In other words, this was our first opportunity to really go all-out with an awesome seasonal overhaul.

We set out to create an exciting, content-heavy winter update for our fans by focusing on four key elements:

Starting with modifications to the Hollywood U gameworld, we were of course confronted with the aforementioned problem of California weather.

While there's nothing quite like a fresh blanket of snow, we decided not to strain credibility that far. So, how do you make over a glamorous Hollywood college campus for the holidays?

Ultimately, our inability to fall back on the usual snowy palette swap led us to a creative solution that captured the glitzy glamour of Hollywood U and the game's unique sense of humor.

Of course, one of the best parts of the holiday season is finally having the chance to break out your winter wardrobe, ugly sweaters and all.

Buyable outfits have always been a big part of Hollywood U's economy, and we knew we wanted to do something special for our winter update.

To that end, we put our artists to work filling the in-game closet with fun seasonal looks for guys and girls, from down jackets to sequined snowflake dresses.

In addition to adding new looks to the clothing store, we rolled a few exclusive outfits into special, limited-time bundles, allowing players to purchase a new outfit along with generous amounts of in-game currency.

We were able to launch with our largest update to the game's extensive wardrobe since Halloween, giving our fans plenty of ways to express their personal holiday style.

Aesthetic changes aren't everything, though, so we brainstormed new, holiday-themed classmate types for the update.

In Hollywood U, classmate types represent the full spectrum of movie stars, fashionistas, directors, and everything in between, so we started thinking hard about what aspects of the season we wanted these types to represent, and where they'd fit into the game's social landscape.

Again, we sought to capture two of the stronger elements of our game's identity - the heightened sense of glamour that comes with setting our story in Hollywood, and the playful humor that kept the world feeling fun and fast-paced.

This led us to settle on two new classmate types - Figure Skaters and Elves (yes, those elves).

The appeal of Figure Skaters was immediately obvious, as they provided that same glitzy elegance that defined the core fantasy of Hollywood U.

While Elves seemed a little goofy by comparison, we felt that the pros of giving our players a unique, limited-edition classmate type for the holidays far outweighed the cons.

We came to our senses and realized that the classic image of Santa was a classic for a reason.

In our game, each new classmate type unlocks a new storyline focusing on that character, and we treated the accompanying quests for Elves and Figure Skaters with the same level of sincerity.

By taking care that both stories were equally entertaining and heartfelt, we were able to have our cake and eat it, too, adding fantastic characters to Hollywood U without diluting the game's brand.

New classmate types represent only one half of the character and story content we added for Hollywood U's winter update.

Along with generic classmate types like movie stars and fashionistas, we have special, named characters called A-Listers who players can purchase in the A-Lister section of the game's store.

I personally worked on both of the A-Listers we added to the game for our holiday update - the snow queen Hannelina, and Santa Claus himself.

For the purposes of this section, I'll be taking a closer look at our A-Lister design process from start to finish, focusing on Santa Claus in particular.

Santa Claus might seem like a no-brainer at first given the timing of this update, but we had a few other versions of the iconic character in mind before settling on the classic red-suited figure we know and love.

In particular, I was pushing for an incognito Santa Claus teaching college lectures under the obvious pseudonym Professor Kringle, and our artists even created a mockup of a bareheaded Santa in professor's tweeds before we realized that our players weren't likely to spend premium currency to add a generic older man to their game.

After this unfortunate detour, we came to our senses and realized that the classic image of Santa was a classic for a reason.

Next, we had to determine the unlock point and pricing for the character.

Conscious that many new players would be starting the game during the holiday season, we wanted to keep the unlock point early enough that they'd have a chance to encounter Santa, but not so early that he defined the game for them.

Downloading a game ostensibly about Hollywood and seeing Santa Claus immediately appear on the screen is far from an ideal user experience.

So, we pushed the unlock point a few levels in, giving the player enough time to experience the vanilla Hollywood U experience before subverting it with any flying reindeer.

Similarly, we set Santa's price point at 280 Diamonds - the premium currency equivalent of $2.00 - in order to keep the character accessible to new players.

Santa with a smile

With Santa's look and economy finished, we turned to story. With a character so firmly engrained in the public imagination, my first priority as a writer was to do something fresh with him.

Punctuated by Santa's sassy commentary, this story gave me a chance to probe the emotional depths of Hollywood U's cast of villains.

This led me to create a sardonic, wisecracking Santa Claus who could keep the player constantly on their toes, oscillating between eyeroll-inducing jokes and boundless compassion.

Santa Claus's personal quest became the perfect expression of this dichotomy - the player accompanies the jolly old man on his Christmas delivery schedule, bringing thoughtful gifts to the Naughty-Listers of Hollywood in hopes of changing them for the better.

Punctuated by Santa's sassy commentary, this story gave me a chance to probe the emotional depths of Hollywood U's cast of villains - from spoiled It Girls to corrupt Hollywood producers.

The combination of recognizable design, player-friendly economy, and unique story made Santa Claus a favorite of Hollywood U players.

Throughout the duration of our holiday update, he was our most purchased A-Lister, second only to the first (and cheapest) A-Lister players meet in the game, and players shared plenty of screencaps of his snarky dialogue.

I still wonder whether we were wrong to count Professor Kringle out, but perhaps we'll save him for our third year of Hollywood U.

Hollywood U's holiday update was a huge hit with our fans, bringing with it plenty of exciting new characters and a fully stocked winter wardrobe.

In addition to pleasing our core fanbase, we also brought in a lot of new players, moving from #393 to #198 in free game downloads a full year after release.

This movement illustrates the potential of a seasonal update to get lapsed players back into your game and pick up new ones, all while providing quality content to those who've stuck with you since the beginning.

Keyan Mohsenin is a writer at Pixelberry Studios.