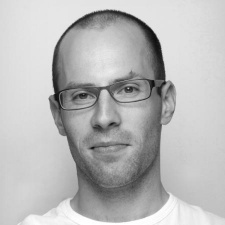 Peter Fodor is the founder of AppAgent, a service for small and mid-sized mobile developers who are launching a game or app but need help with marketing and user acquisition.

The mobile space is full of buzzwords such as re-targeting, segmentation, ads optimization, DSP or programmatic buying.

Everyone is trying to lower the high cost per install and fight the trend of growing prices.

There's one spot in the user acquisition funnel which has been surprisingly overlooked. It's the store listing page which is the fundamental point of the conversion of all your UA efforts including organic downloads.

App presentation can have a dramatic effect on your download numbers.

So, how is it possible to get from a 15% conversion rate to 30% and save thousands of dollars each month?

Google introduced "Experiments" in 2015, which is a new feature available right from the Developer Console.

It's a completely code-free solution so it is great for marketers who need a quick and straight way to having better results.

You can use experiments to test variants of your app against your current version to see which one performs the best, based on install data.

Doing major decisions and basing decisions on a gut feeling should be replaced by data driven marketing where you test your assumptions and make changes based on real facts.

Why Play Store Listing Experiments might save you a fortune

1. Every new user converted to an install for free saves you about $2 which is the current price per install in Tier 1 countries

2. You'll gain insight about which messages match the best with users and could change your claim/headlines or make a unique selling proposition

3. Having an understanding of the most effective visuals for free helps you to create better converting ads on Facebook and other networks

You can run experiments to find the most effective graphics and localized text for your app.

You can use experiments to test variants of your app against your current version to see which one performs the best, based on install data.

This means experiments run on published apps and are tested on real customers. It could be (and should be!) part of your soft launch but it's never too late to start experimenting.

How to start an experiment?

Settings are pretty simple: open the "Store Listings" tab under any app you have in the Play Store. Select a global experiment for graphics only or a local experiment where you can also change texts.

Then define variations which you would like to test.

Basically, you need only a designer to help you with alternative screenshots or other materials.

Once completed, define the audience which it should be directed at to test different variations.

It's important to say that you should always test a single thing at one time only. Do not change screenshots and the icon in the same experiment. Otherwise, you won't understand in the end what affected the final result and how it affected it.

Which things should you keep in mind…

Why Apple Arcade is doomed to disappoint both players and developers