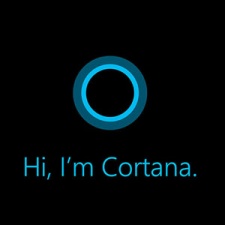 An industry veteran who's previously worked at Merscom, Playdom and Zynga, Lloyd Melnick is the Director of Social Gaming of Rational Group (PokerStars and Full Tilt).

You should sign up for his regularly updated blog - The Business of Social Media - where this article was originally published.

Game companies are quick to chase what they think will be hot, be it a new platform, a new genre or these days VR and AR.

The problem with this strategy is that it rarely creates a competitive advantage, as not only are you creating games for this technology but your competitors are too. Rather than creating a new marketplace, you are shifting the battlefield.

VR (and to a degree AR) is a great example of this situation.

Everywhere I look, I see people talking about how it will change gaming and trying to pick the winning hardware, with the foregone conclusion that it will change the face of gaming. Additionally, virtually everyone has now started VR or AR projects, either full scale development or tests.

Game companies are quick to chase what they think will be hot ... but this rarely creates a competitive advantage.

I am still undecided whether VR will redefine gaming or have an equivalent impact as 3D did on television but am surprised that people are neglecting an evolving technology that is more likely to be adopted by the mainstream and have a greater impact on games, voice recognition.

Many strong, and forward looking, companies are making major pushes into voice recognition.

The battle is no less pronounced in the area of voice recognition.

Apple was the first company with a major initiative, when it added Siri to its devices. Apple acquired Siri Inc in 2010 and released its first devices with Siri in 2012. Since then it has been a staple of all new products.

Microsoft was the second major technology company to make voice recognition a key part of its mobile product strategy, with its Cortana intelligent personal assistant.

Cortana was first shown in 2014 and is now integrating not only in Microsoft's mobile products but has been added to Windows 10 as well as new products for both Android and iOS.

The latest entrant in the field is Alexa, Amazon's voice recognition personal assistant.

Alexa is available on the Amazon Echo speaker and voice command device, originally offered to some Amazon customers in June 2015. Amazon has now expanded the Alexa offering to the Tap wireless speaker and Echo Dot.

A Forrester analyst recently said, "The Echo is a sleeper hit."

While Siri and Cortana benefitted Apple and Microsoft, the success of Alexa points to the opportunity for all tech companies, particularly game companies, with voice recognition.

According to an article in the New York Times, The Echo from Amazon Brims with Groundbreaking Promise, Alexa is on a path to become Amazon's next $1 billion business.

Understating this demand is the fact that while the Echo sells for $180 on Amazon, because of supply shortages the same product sells for $200-$300 on eBay.

The article points out that the Echo is evolving from a device with fixed functionality (like the original iPhone where people initially used it as a phone) to a platform with unlimited functionality.

"But the Echo has a way of sneaking into your routines. When Alexa reorders popcorn for you, or calls an Uber car for you, when your children start asking Alexa to add Popsicles to the grocery list, you start to want pretty much everything else in life to be Alexa-enabled, too."

Amazon has also started to turn the Echo into the center of a new ecosystem, again like Apple did with the iPhone. Many developers are using the technology to create voice-controlled apps for the device, or skills, as Amazon calls them.

There are now more than 300 skills for the Echo, from the trivial - there is one to make Alexa produce rude body sounds on command - to the pretty handy. Other tech companies, like Nest, are also making their products compatible with the Echo. Alexa can control Internet-connected lights, home thermostats and a variety of other devices.

The parallels between the opportunities with Smartphones and now with Alexa are impossible to ignore.

From demand exceeding supply to developers creating a myriad of applications that even Amazon does not anticipate, it is hard to argue against voice recognition having the same impact as Apple's iPhone.

Why voice recognition will become ubiquitous

Not only does the data (the sales and third party applications) point to Alexa's success, but the dynamics of the opportunity also show why it is a much more powerful force than the current hot technologies.

First, voice is already how almost everyone prefers to communicate. It's what people learn from the day they are born.

It is already how people give commands and they react in emergencies (if you are in the passenger seat of a car and see another car about to hit your vehicle, you do not email the driver, you scream). Rather than asking people to change the way they behave, voice recognition amplifies this power.

Second, the equipment is also natural.

Very few people wear a headset from birth (except maybe in some science fictions stories). Most people even find those little cardboard 3D glasses you use at cinemas annoying as they are not what users are used to. Echo, and now Tap, masquerade as speakers that just sit in a room and then you talk naturally. The key here is that you do not do anything differently than your instincts tell you to behave.

Third, this is closer to a mature technology than some of the hot ones (i.e. VR). As mentioned above, Siri launched four years ago and in those years the technology continues to be refined. It is now much more natural, you can talk to Echo as you would talk to your mate.

It is also much quicker, rather than waiting seconds (which again is unnatural as you usually do not have to wait ten seconds for a friend to respond), new voice recognition can process and act as quickly as a human.

Customers will start abandoning products and games that are not voice controlled for ones that are.

Overall, the beauty of voice recognition is what keeps it from being the sexy new thing. It feels natural, just an extension of what people are already doing (communicating to each other by voice).

You cannot create viral YouTube videos of somebody talking in their living room to a speaker like you can by creating a 3D universe.

My philosophy, though, is that the strongest opportunities are usually the least sexy. Rather than invest in a MySpace or Ouya, I always prefer to invest in a Waste Management type company, where people have a clear need that is being solved.

What it means for games

Why click on a slot machine when you can just say spin. Why go onto a monetization page and purchase a currency package when you can simply say "buy 1 million chips".

The gaming experience will become more natural and fluid. Most importantly, customers will start abandoning products and games that are not voice controlled for ones that are.