Why we built SlotsMillion: the first VR online casino which has no users... yet 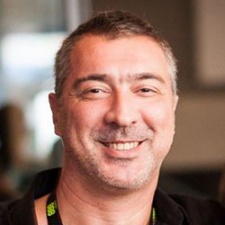 Alexandre Tomic is the co-founder of Alea.com.

The VR medium is a brand new market segment and the trajectory timeline to mass adoption is unclear.

The "how" and "why" of VR is known but the "when" is less certain: when will there be enough users to make it financially viable for developers?

Some developers are taking the wait-and-see approach, stalling to get more data before diving in, while others are taking a leap of faith, to be first to the new platform so they can reap those rewards of early exposure should VR take off quickly.

The real answer is that no one knows for sure and speculating may not be the most valuable use for our time.

What may be more useful is to speculate on the types of games that will be successful once VR becomes ubiquitous.

And in the meantime, most VR startups should plan to stay as lean as possible because they may have to weather the market should it take longer than expected for users to materialize.

At SlotsMillion, we took the 'dive-in' approach, creating the first VR real-money online casino, a platform with, as yet, no market and no customer base.

We began by integrating existing casino content into VR, currently a range of popular slots games, and placed them inside a fully-explorable VR casino lobby.

But this is just the first step.

It's all very well to build a social and immersive 3D VR environment around games that have worked so well on current platforms, but to really take advantage of the new medium you need to build from the ground up with VR in mind, and construct entire games and experiences designed specifically for the new medium.

Most VR startups should plan to stay as lean as possible because they may have to weather the market should it take longer than expected.

While SlotsMillion is a real-money online casino, the social casino gaming model is one that interests us most moving forward.

Social gaming should be one of the best use cases in VR, as social interaction is something that VR does better than any other platform. VR can put you in places with other people and delivers an emotional connection that's very different from any other medium.

What separates social casino players from real-money players is that the former group values the experience and the fun of playing and interacting with other users more than the pure win/loss gambling aspect.

VR is great at delivering these elements that social players crave and we predict the medium will become the preferred way of playing casino games as the hardware eventually becomes widespread.

As we build our more complex casino games, like blackjack, poker and VR-specific slots, we need to be able to solve for these constraints, as well as to reimagine how these games will function best in VR.

Many of the most popular casino games are hundreds of years old now and are ripe for innovation, for a new platform and generation of player.

First generation VR still leaves many issues unresolved as far as fully tracking the player's body, so certain compromises need to be make the player feel out of place.

A lot of attempts at implementing full body inverse kinematics have been made, but due to the lack of reference points captured by current hardware, estimates need to be made and more often than not they result in a system that only works in a few select situations.

The most reliable approach for this generation is to simplify the avatars so that only head and hands are represented.

While this may seem like a step backwards from what's offered in current generation traditional games, the accuracy and real life movements convinces the brain quite successfully that you're seeing a real person on screen, even though only a small part of the body is represented.

There are a lot of aspects from social mobile gaming that will carry over to VR perfectly well, and the strategies mobile developers use to retain and monetize users should work similarly.

Offering in-app purchases, especially to mobile VR users who are used to paying when they run out of lives in Candy Crush, will transition well.

However, advertising in VR may look very different as playing pop-up video ads will break a user's immersion and ruin the whole experience.

We think we'll see ads natively incorporated into games instead, using 3D objects that go with the theme of the experience.

Social presence in VR can be much more immersive through techniques that relay physical movements from the players over the network.

In most traditional online experiences the player is limited to interactions based on preset animations, text chat and voice over IP.

VR may even invigorate the declining online poker market.

In a VR setting the subtleties of how each individual player moves their body (specifically head and hands for first generation VR) can be relayed over the network with such precision that other players can begin to develop a sense of underlying life flowing through the on screen avatars.

For high-end, PC-based VR, the standard model of buying long-form gaming content for $40 to $60 will probably prevail.

People who make the investment in high-end VR don't want snack-able-sized games like the mobile crowd; they will prefer something more immersive that they can play for hours.

Thus, we think social casinos will do well as casual games on mobile VR and as immersive experiences on high-end VR systems.

Of course, the casino games that most take advantage of the medium will perform the best.

We think poker will be most popular social casino game, as it involves the most player-to-player interaction and VR may even invigorate the declining online poker market.

What is VR's role in the future of social casino gaming?

Innovation - The backbone of social casino