How the rise of consoles, mobiles and now VR is impacting the role of art in games 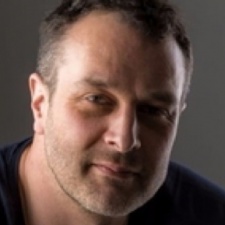 The games industry has always, and will always, evolve as technology, platforms and audience requirements advance.

A big step in the evolution of gaming was the transition from second generation to third generation consoles; this was both interesting and challenging artistically.

As artists, we had to create assets with higher fidelity and more realistic qualities, particularly around shaders, lighting and characterisation.

I saw a lot of artists not able to make the jump in quality as the requirements shifted to the traditional artistic visual judgements of anatomy, composition, colour and form; many had not studied or received any training these.

This transition was tough, but it pushed the industry and gaming is today better for it.

The second evolution happened more recently, with mobile, which brought about immediate and long term player engagement through art.

With mobile, we now have more varied artistic direction in video games across the board. This serves a broader player demographic than ever before in terms of age, gender and outlook.

Mobile has brought with it a large audience of hungry, social gamers who initially engage with games via visuals first.

If they don't like your product, they move on to someone else's.

Diversity is a big reason why I crossed over to mobile from console.

We, as players, make split second decisions if we want to engage with a game based on the app icon, ident (Logo), name or CBS screens (consumer benefit screens) before we've even played a second of the game.

Artistic lessons from film to gaming

There are a number of very practical and philosophical approaches that I learned during my time working in the film industry, which in the same way, can be applied to gaming.

One of the fundamental questions that my work in film always asked of me was; "Do I believe in what I'm seeing? Am I convincing the viewer?"

If the answer was "yes", then my job was done.

This is something that has stuck with me ever since. It is important to question your work through the eyes of the viewer or player and establish why something hasn't worked, and what can be done to improve it.

My time in film also taught me to uphold the highest level of quality in everything I do.

From props, costume, creature, character and vehicle design: if I cannot imagine each separate component as an iconic standalone object, then I haven't designed it well enough from the ground-up.

Looking ahead to the future of art and design in gaming, I am excited about the broad visual scope mobile provides.

I like the fact that there are so many users globally, that different art styles have huge audiences, and I hope we don't lose that diversity as the platform matures.

Diversity is a big reason why I crossed over to mobile from console, which was more often running headlong towards realism.

The race for realism has already begun on mobile.

We can see its presence in the charts and that will continue as our devices increase in power and capability. Something else we are seeing develop is content maturity and depth, as well as story and characterisation.

These factors will further drive player immersion into new worlds that developers like Nordeus are excited to explore.

Interface and the future

For me, I think the next big steps in the industry will be around how we interface with our devices and our games, as well as how they will reach into and impact our day-to-day lives and emotions.

The race for realism has already begun on mobile.

We can already see Oculus and HoloLens take the first steps into this new world; this technology fully immerses a person in an alternative universe and even questions the necessity of physical interaction with an object.

Things like this were still science fiction just 10 years ago!

As we've seen gaming progress from console to mobile, the artistic requirements have also evolved, bringing about new challenges for artists to develop in order to stay relevant.

The world of gaming never stays still, and that's what makes it such an exciting industry for a creative to be in.