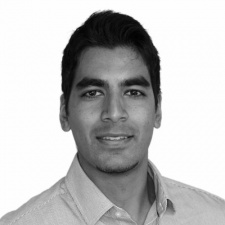 Kabir Mathur is Head of Business Development at US mobile rewards platform Kiip.

There are so many things to consider when you're preparing to monetize your app with ads.

The one aspect that is often overlooked, but is arguably the most important, is how the ads are going to affect your user experience.

There are a few key things developers should keep in mind in order to respect the user experience during the ad monetization process.

Being thoughtful with your placements can go a long way. Good ad placements can actually enhance the user experience in your game, rather than detract from it.

At Kiip, we've conducted independent studies to verify that a good ad strategy can keep users coming back to your app more frequently and for longer periods of time.

There are several examples of poorly executed ad strategies that only annoy users.

A few examples of bad ad placements include:

Some strategies for better placements are:

Be wary of ad networks that are likely to prioritize ads from the highest bidding advertisers, regardless of whether they are relevant to your audience or not.

Chances are the vast majority of your casual game audience isn't interested in playing a war strategy title or the hottest new mobile FPS in the market.

Think about how your users might react to a constant stream of irrelevant ads and don't be afraid to ask your network partners to start serving more relevant content to your users.

At Kiip, we've worked on implementing machine learning to help serve the most relevant branded rewards to users during their moments of achievement.

Think about how your users might react to a constant stream of irrelevant ads.

However, we recognize that automation isn't the only answer; we work closely with our app partners to restrict reward offers and genres that don't make sense to serve in their titles.

The aesthetics of mobile ads are often overlooked. Don't be solely influenced by the promise of high eCPMs and monthly revenue.

Do your research on the ad units offered by your network partners and consider whether the style of units that they serve fit with the style of your app.

Ads should be added to your app with the same thought and care that a new feature would be. You'd be pretty unlikely to insert a badly designed menu screen into your app, so why settle for ugly ads?

To combat this issue, Kiip has undertaken various steps to ensure that our rewards can be added to apps as seamlessly as possible. We've recently redesigned our reward unit so it scales to a number of different screen sizes, including desktop.

We also support 32 different languages now, so users around the world can enjoy rewards from the brands they know and love.

Lastly, we offer various levels of customization of our reward unit depending on a developer's requirements because we understand that one size may not fit all.

While I'm a proponent of integrating a variety of different ad units into your app, it's very important to think about how the different placements that you've added to your app affect your overall user experience.

For example, find out what the ad frequency for each of your placements is and work out the maximum number of ads that your users might see per day. Make sure that this is a number that you're comfortable with.

Weight your ad strategy towards your better performing units.

Keeping these pointers in mind will establish a foundation for a healthy ad revenue stream while maintaining an experience that keeps your users coming back.

4 reasons you're losing players and how to get them back