Let me tell you a secret. The moon isn't made of cheese. Nintendo is making F2P games 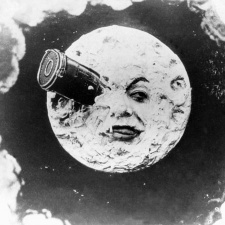 Let me tell you a secret.

According to no-less-an-august-publication than the Wall Street Journal, Nintendo's next two mobile games will be "free to download".

In an article headed "Nintendo to Make Next Two Mobile Games Free", the US business publication broke the news to an incredulous world that the move would increase "the likelihood that the long-loved console titles would rank high in competitive app stores".

Thank goodness for that Nintendo spokeswoman, always on hand to confirm her CEO's comments.

Paid to be stupid

Do you detect the bitter tone of sarcasm?

I do hope so because back in March 2015, Nintendo announced it had signed a deal with F2P publisher DeNA to bring some of its iconic IPs to mobile.

He stated "games with a one-time payment system have not been doing a great job on smart devices".

He insisted that "we do not want to use the free-to-play terminology that implies that you can play games free-of-charge", hence the use of the odd term free-to-start.

Apparently some people were expecting the mobile versions of Fire Emblem and Animal Crossing to be paid games.

Also in July, at Pocket Gamer Connects San Francisco 2015, DeNA West CEO Shintaro Asako stated "I'm convinced there will be hundreds of millions of people who will want to play free-to-start Nintendo games".

And then Nintendo and DeNA released their first mobile game - a free chat app called Miitomo that contains in-app purchases.

Still, apparently some people were expecting the mobile versions of Fire Emblem and Animal Crossing to be paid games.

So, on the back of the WSJ's article - and that all-important spokeswoman's confirmation - with the odd exception - the internet lit up with the breaking news.

Nintendo's new mobile free-to-start games won't be paid games. They will be free-to-play.

I'm glad we sorted that out. I've been worried.

What's it all about?

Is there a point to this rant?

There's never been any hint Nintendo was doing anything other than making free mobile games in which you can spend money.

The clue is the first word in the concatenation - free.

And the obvious fact that to do anything otherwise would be insane.

Yet, the world's media - including PocketGamer.biz, I hasten to add: it's an echo chamber after all - has reported this as 'news'.

The broad range of the media - including the games media - doesn't understand the mobile games industry.

The logic of insanity

For me (at least) what it brings to mind is 19th century philosopher Soren Kierkegaard's description of the escaped lunatic, who to prove his sanity shouts at the first person he meets in the street "The moon is not made of cheese".

Certainly, it's a fact, but the context of stating it merely goes to demonstrate insanity.

So with "Nintendo to Make Next Two Mobile Games Free".

All it demonstrates is the broad range of the media - including the games media - doesn't understand the mobile games industry: an industry that over the past 5 years has grow into a +$30 billion annual market by giving away its games for free and allowing players to pay for additional content.

I've got a breaking story for you. Lean in. I'll whisper it.

The moon isn't made of cheese...

Nintendo has a mobile strategy, just not a coherent one

Can Nintendo and Amazon disrupt the free-to-play market with a new business paradigm?