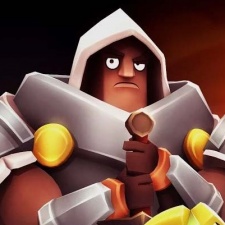 The idea of narrative is one that sits uneasily for free-to-play mobile game developers.

Most simply ignore it.

And, to an extent, this is the right thing to do.

Would Clash Royale benefit from a lengthy back-story explaining the sociopolitical pressures that led to this outbreak of goblins, giants, and other creatures teaming up in guerilla armies bent on the destruction of one another's property?

However, correctly delivered, narrative can be a powerful force in creating a living, breathing world we want to play in.

A long tradition of console and PC games has taught us that narrative is delivered from the word go, front-loaded before gameplay and threaded throughout via cutscenes and non-interactive dialogue.

And, while our FTUE series shows that some F2P developers continue to labour under the misapprehension that this same structure works on mobile, the majority realise the truth that it does not.

However, in acknowledging this, many seem to throw the baby out with the bathwater, drawing the false conclusion that free-to-play games and meaningful narrative are entirely incompatible.

Many devs draw the false conclusion that F2P games and narrative are entirely incompatible.

As to why people believe this, it's hard to muster any explanation except a chronic lack of imagination.

A great example of story and character being introduced in an elegant way, and indeed the game that sowed the seed for this feature, is BattleHand.

A card battler launched in January 2016 by former Lionhead veterans Another Place Productions, it immediately stands out as having had more time poured into character design and dialogue than many of its competitors.

“Fable's in the DNA, there's no denying it… all the people that worked on that game, all the personalities were a big part of it,” Another Place's Creative Director John McCormack told PocketGamer.biz.

He goes on to discuss some of the “little things in the game that we hope come across,” such as the camaraderie between characters and incidental personality quirks, such as one being scared of spiders.

Although we have yet to see a truly massive worldwide F2P hit built with this same philosophy, there's no reason developers shouldn't be trying.

And indeed, the community that BattleHand has garnered is reportedly very active and invested, no doubt partially because of that charm Another Place worked hard to include.

It's not about being artistically high-minded, it's about injecting personality.

It's not about being artistically high-minded and worthy, and nor is it about expecting a free-to-play mobile game to be the next Skyrim.

It's about not being afraid to inject your game with some personality that works in tandem with your fine-tuned F2P design principles.

Monetisation is a good example. Why does it have to be a case of simply entering a sterile menu, choosing your level of spend, and tapping 'buy'?

Why not have some fun with it?

In it, the Shopkeeper is established as “a supporter of our cause,” thus awarding bonus rewards whenever you buy gems. It's reciprocity explained via narrative in a believable and enjoyable way, and it's effective despite its simplicity.

“The idea right off the bat is that charm is quite a big thing,” says McCormack.

“I don't know if there was any decision to make that [Shopkeeper character], it just made sense because we try to do it with everything.”

In Olympus Rising, you're positioned at the centre of a squabble between Zeus and Hades.

It's understandable why a developer wouldn't want to mess around with tried-and-true storefront design - it's a risky business for someone relying on its success for their next paycheck.

But a lot is standardised across the board in free-to-play design, and surely there's an argument for innovation?

Surely it stands to reason that if you offer a new experience for a spending player, they're more likely to feel excited enough to do so?

Gifts from the Gods

In flaregames' recently-launched action RPG Olympus Rising, instead of being dispassionately given some hard currency, you're positioned at the centre of a squabble between Zeus and Hades as they compete to show their power and influence by who can shower you with the most riches.

In this one moment, a lot is achieved. The player feels powerful to have two Gods fighting over them, a rivalry is established between Zeus and Hades, and the reward feels larger because it's been delivered in several parts.

It's the little details that go a long way... consider it an opportunity.

This is the point, then: it's the little details that go a long way.

Moments like this may not tie into any elaborate story arc, or have any long-term significance whatsoever, but they all contribute to making the game a unique and memorable experience.

The supposed homogeneity of F2P games is actually much exaggerated by people who know little about them, but there is a shred of truth in it that allows that assumption to be made.

Consider it an opportunity, then.

An eye for detail, and a willingness to experiment with narrative, are all it takes to shake things up.