Will Google's Daydream be a wake up call from VR's current nightmare? 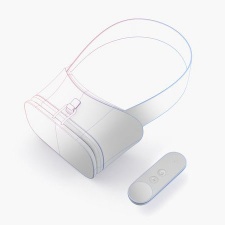 The dilemma for VR evangelists isn't that the technology's potential is unclear.

It's not another 3D TV or smart TV: solid technologies looking for a reason to exist.

Put on the headset, and virtual reality can take us deep into other worlds, into other experiences.

But the dilemma is no one seems to care.

VR technology is now widely available, at least if you have the cash to buy a headset and base - whether that's a PC or a high-end Samsung phone.

And, if you believe the headlines, a decent volume of hardware has been sold.

The deeper we get into the VR era, the less excitement there seems to be.

Yet, the deeper we get into the VR era, the less excitement there seems to be. The potential seems to be shrinking.

With consumer awareness remaining low, enthusiasts talk up the next big technology release as the one that will finally bring the mass-market.

In that context, maybe PlayStation VR will be the blue touch paper.

Sony has the market muscle, the console has the install base, and there are plenty of developers desperate to find an audience, if only to prove there is an audience before they go back to their VC backers and ask for more money.

Dreaming the market away

Yet the problem for VR enthusiasts is that their "jam tomorrow" mantra is starting to sound a little hollow.

And this is the context in which we have to place Google's new Daydream program.

Let's be clear. It's a very Google approach.

It won't be making an official Google VR kit although there remains the possibility of a Nexus-style launch where Google will work with a OEM to create signature piece of hardware.

Instead Google will lay down some guidelines in terms of smartphone hardware specs plus headset and motion controller, also providing VR hooks within the underlying Android N OS, and ensuring development tools and distribution through Google Play.

It's hard to see how HTC, LG and Sony are going to compete with the next generation of Gear VR that supports Daydream.

But then it's up to OEMs to build something on these foundations that consumers will actually want to buy.

Will it work? The signs aren't great.

Nexus tablets and phones aren't market leaders, so if Google's relying on OEM support, the end result of Daydream may just be to further boost Samsung's Gear VR brand.

Combine the two and it's hard to see how HTC (also conflicted thanks to Vive), LG, Sony and Xiaomi are going to compete with the next generation of Gear VR that will support Daydream.

In one sense, however, if this was the outcome, Google wouldn't care.

Following its misstep with Motorola, Google isn't going back into the consumer electronics market anytime soon, so it would rather have one strong market leader using Android than half a dozen strugglers (cf Microsoft's situation with Windows Phone).

But, unless Apple launches into the mobile VR market, this scenario is pretty much the current one: Samsung's Gear VR as a cheaper, more accessible VR solution competing for mindshare against more expensive, dedicated HR solutions like Oculus and PlayStation VR.

And we're back to square one.

VR clearly has a lot of potential, and Daydream will codify some important secondary elements such as the motion controllers, OS hooks, and app distribution.

But will anyone care?

And as we saw with 3D TVs and smart TVs, just because technology is widespread and available doesn't mean people will actually use it.

To turn the current nightmare into a daydream, the evangelists still need to better explain the why of VR.

Can Google's Daydream accelerate a slow-to-start 'year of VR'?