How top developers will score big during the Euro 2016 Championships

Christy Wong-Taylor on making the most of the opportunity 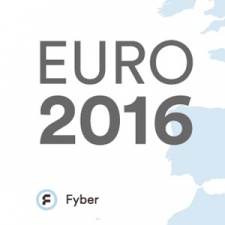 Every four years, as the weather heats up in June, so does the European football (or soccer) frenzy.

It's the UEFA Euro Championships.

In the coming weeks, Europeans will be glued to their smartphone screens for game highlights, social bragging rights, and of course, the chance to live out their football fantasies with mobile games.

Savvy developers like Cosi Games and Aeria Games know that tapping into a sports frenzy at the right time can drive exponential growth in downloads, DAUs and overall monetization.

The key to capitalizing on a peak sports moment is knowing when and how to promote a game.

"These big, national events make people more alert and hungry for football-themed games, and when you can show them really fun gameplay or a recognizable player, it leads to far more conversions."

Blitz and the Cosi team have an irresistible draw for true football fans through a branding and licensing agreement with soccer icon Pele.

The combination of arguably the world's most recognizable player and fun, addictive gameplay helped drive the 2016 version of Cosi's Pele Soccer Legend  to over a million downloads within the first four weeks of its launch.

But even without star cameos, most football/soccer apps can expect increased engagement during special events.

For example, in the first week of the 2015 UEFA Champions League, a leading football management app saw usage spike by over 10,000 DAUs, while the average number of sessions per player increased by more than 42 percent.

The key to capitalizing on a peak sports moment is knowing when and how to promote a game, and then following a few best practices for driving the most revenue per user.

Football games typically fall into one of two categories:

The corresponding game mechanics and complexity dictate which kinds of ads will deliver the best monetization.

"Football management apps like Goal One lend themselves to long play sessions, and when a player is that immersed, choosing ad units that have extremely high production value, and incorporating them wisely becomes even more important," Sascha Zehe, associate producer and product lead for Goal One at Aeria Games.

"Formats like mobile video make perfect sense, and we find the ideal placement by testing and working with our account manager at Fyber."

On the other end, shorter action games that focus on just one skill (such as making or blocking goals) may fare better with interstitials, provided that users have had enough time to engage with the game before they see their first ad.

Rewarded video has become a go-to ad unit for mobile games because giving players the choice to watch tends to enhance vs. detract from their experience.

But the key is to make sure that the reward is of suitable value while supporting the in-game economy.

In Pele Soccer Legend, for example, players can watch video ads in exchange for one of three kinds of in-game "currency:"

Figuring out when to offer which rewards - such as a kick vs. a heart, for example - requires constant testing and analysis. In some cases, that even means tweaking player payouts daily.

But it's important that monetization managers get the mix right if the game is going to capitalize on the increased volume driven by a sports event.

Peak sports seasons like the Euro 2016 Championships also bring more brand advertisers to the table, creating a unique opportunity for apps that can capture their budgets.

"Big brands take note of high-quality games during these moments," Blitz said. "They want to get in front of the players these games attract, and that drives eCPMs higher."

Sports apps that want to take advantage of the increased spending from brands have a few ways to do this, typically facilitated by a monetization platform.

These include using an ad server to set up direct deals, increasing the number of brand-focused networks in their mediation mix, or even allowing their inventory to be bought programmatically through a media-buying tool called a demand-side platform (DSP).

So there you have it - three ways that football/soccer apps can score big during major sports events like the UEFA Euro 2016.

Want more? Flip, kick and lead your own teams to victory with this list of the top 11 soccer apps currently working with Fyber for your gaming pleasure.

She and her team are focused on helping Fyber's publishers make more money from the Fyber platform.

Prior to Fyber, Christy worked at Tapjoy, where she managed key publisher and advertiser accounts. She majored in Philosophy at Stanford, is married to a professional philosopher, and likes to fuel the app economy in her spare time by spending too much money on mobile games.

What does the holiday season have in store for developers and publishers?