Why we need to take off our VR beer goggles, stop worrying about 'proper VR', and focus on 'accessible VR' 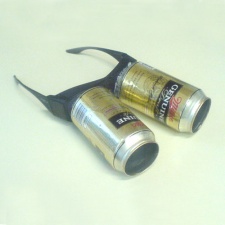 I read visionary business books such as The Innovator's Dilemma and The Three-Box Solution with the best of them.

But when it comes to virtual reality, I'm beginning to wonder if the games industry is now so wrapped up in "creative destruction" and "disrupting its disruption" that it's in danger of falling down a very unpleasant and expensive rabbit hole.

Let's get the facts clear.

However it's delivered - virtual, augmented or some hybrid - new ways of delivering computer-generated imagery into the human eye are going to happen.

The ability to mix up self (and the representation of others) in a shared or mixed media space has clear benefits across almost all human activity.

In fact, the more you think about it, the harder it is to come up with a use case where it doesn't work.

Oculus and Vive are sophisticated products but so was the Segway.

After all, Facebook didn't spend $2 billion on Oculus for gaming.

So the obvious question is when will this new market take-off?

If you look how the games industry has reacted to VR, you'd have to say "Yesterday".

Yet no VR-related project is close to being profitable. To-date, the VR industry has been destroyed investor value in epic proportions and it's hard to see how this is going to change in the near future.

No doubt, Oculus and Vive are sophisticated products but so was the Segway.

As often happens, some very clever people have confused modality with intent.

The question for VR isn't 'Does it work?' or 'Will anyone use it?'

The question for VR isn't 'Does it work?'

It's not even 'Will anyone use it?'

The question is 'When will the value that VR provides individuals be sufficiently higher than the cost of VR hardware for them to consider buying it?'

In that context, VR evangelists (of which I'd label myself a cautious one) often point to PlayStation VR as being the prime candidate.

Because the audience will already have a PlayStation 4, and will 'just' have to buy the $399 headset, the value-to-cost equation is easier to overcome.

Also, the audience are self-selected gamers.

Only announced the future release of a more powerful PlayStation - codenamed Neo - that despite what they say, is designed to better handle VR gaming.

Microsoft has fallen even further down the VR rabbit hole, announcing two new consoles - Xbox One 2 and Project Scorpio.

The one small success story of the VR market to-date has been widely ignored.

In one fell swoop, the fear of missing the 'VR opportunity' has disrupted the longstanding five-to-six-year console cycle only two-and-a-half years in.

It's hard to think of a more elegant way of destroying mass market appeal for your products.

In fact, demonstrating how the industry remains focused on modality not intent, the one small success story of the VR market to-date has been widely ignored.

Despite not being "proper VR", Samsung's $99 Gear VR unit (which also requires at least a S6 or better phone) has sold units.

App store partner Occulus announced that one million people had used Gear VR in April (the question of what that actually means we'll leave for another time), while Samsung annnounced 300,000 sales of Gear VR in Europe for the period January to mid-May 2016.

Further confirmation of the value-price way of looking at the industry came as Google-backed developer Resolution Games announced 500,000 downloads of its free fishing sim Bait!.

The closer the price gets to zero, the higher the uptake.

Of course, the reason the VR industry isn't trumping these small successes remains its fixation on modality, on 'proper VR'; an entirely different value-cost equation.

It's a situation that reminds me of the growth of the free-to-play gaming market.

Resisted fiercely by elements in the core gaming audience and ignored by the wider games industry, it's now the fastest-growing, most accessible and most global part of the games sector.

Some very clever people have confused modality with intent.

The leading players such as Supercell and Machine Zone are worth billions of dollars.

The reason? Not because their games were had the best graphics or were the most immersive.

But because F2P mobile games proved to be best placed to meet the intent of billions of people who for the first time didn't have to buy a game console to play a game.

And thanks to moves such as Google's Daydream -which will certainly boost Samsung's profile as a VR company - over the next couple of year that's about to happen all over again.

So maybe all those visionary VR thought-leaders and businessmen currently wasting billions of dollars of VC cash should stop worrying about 'proper VR' and take another look at 'accessible VR'.

Will Google's Daydream be a wake up call from VR's current nightmare?