Ben Courtney does the science bit 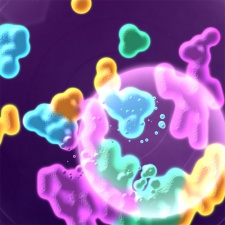 The spread of antibiotic-resistant bacteria is one of today's most pressing threats to public health.

It's also the theme of the current Longitude Prize, a 5-year challenge with a £10 million prize fund to help stop antibiotic resistance.

To reach the scientists of tomorrow with awareness of this problem - and its possible solutions - Nesta decided it wanted to bring science and games together.

Rising to the challenge

When the brief came through, we at Preloaded jumped at the opportunity to be part of this innovative experiment in outreach and education.

Our studio is all about 'games with purpose' and taking on a global threat head on by combining great instructional design with great game design was a purpose to be proud of.

We love biology, and wanted to make this a beautiful, scientifically relevant and engaging piece that would naturally draw players in to take part.

The result was an addictive bacteria smashing casual-game with a look inspired by arcade classics.

The result was an addictive bacteria-smashing casual game with a look inspired by arcade classics and the real-life beauty of bacterial colonies.

Since the discovery of penicillin in 1928, antibiotics have gone a long way towards making death from bacterial infection a thing of the past.

We rely on them to keep us safe when we're injured, having surgery, or undergoing cancer treatments. But new types of drugs are discovered only rarely, and the number at our disposal today is surprisingly small.

Every time we use a particular drug, the bacteria it doesn't kill survive to reproduce and pass on their resistance to that antibiotic. When antibiotics are overused, this selective pressure means that eventually only resistant bacteria will remain, and the drug's usefulness will end.

Society's challenge is to change its behaviours, using only the right antibiotics and only when they're needed, to make the drugs we already have last long enough to give scientists time to discover and perfect new ones.

To give players an intuitive and personal understanding of the relationship of bacteria, antibiotics, and resistance, we turned to the design of the gameplay itself.

Games are a great tool for engaging people with science - they can make the complex seem simple, and by their very nature pull in players to construct their own learning experiences.

From its earliest conception, the idea was that Superbugs would illuminate the science of resistance through its basic mechanics.

Luckily for us, the growth of bacteria and the ways that resistance spreads make for a pretty good game.

The player's goal is simple: to survive for as long as possible by keeping bacteria at bay.

The player's goal is simple: to survive for as long as possible by keeping bacteria at bay, killing them with antibiotics before they fill a petri dish.

But the bacteria eventually become resistant to the player's antibiotic, and they must wait longer and longer for new ones to be researched, so using them sparingly is key.

Getting the science... and the game right

Making sure our game was doing justice to the science was a challenging task.

We read, researched, and drew on the knowledge of Nesta's network of scientists to make sure all the elements of our game were accurate and effective at teaching the game's central scientific concepts.

To get the behaviours of our bacterial colonies right, we had to find the perfect level of abstraction and metaphor. We'd have to be faithful to the accuracy of the scientific content, while still ending up as a compelling experience with the right mix of agency, threat, and challenge to work as a game.

Working with scientists to validate and develop these mechanics was fascinating.

At one point, we realised that as a side effect of a couple of our mechanics, resistance was spreading more quickly from bacteria to bacteria when we sprayed a group with antibiotics.

Our microbiologist content expert pointed out that the same thing occurs in real life, with bacteria becoming more likely to pass genetic material conferring resistance to each other in antibiotic-rich environments.

Making Superbugs was a test of our ability to engage players with complex, relevant scientific content.

A final touch was to balance the timescale of the game to subtly remind players of the speed at which this global problem is becoming a matter of urgency.

Skilled players will survive till around 2050, the date described as a potential crisis point in the UK government's recent AMR Review, and one likely to fall within most of our players' lifetimes.

Making Superbugs was a fantastic experience, and a test of our ability to reach out and engage players with complex, relevant scientific content.

We hope players will come away with an understanding of the threat and the science behind it, but also the seeds of an interest in biology, evolution, and the beautiful and strange things that are bacteria.

We're firm believers in the power of games to create emotive and memorable learning experiences, and hope that the science and message behind our simple drama of human vs. bacteria will stay with our players long after they've put the game away.

We're incredibly excited to see how our audience reacts when the game launches on 6 July.

You can download Superbugs now from the Apple App Store and Google Play.

The importance of play in serious gaming