The weakness of location games 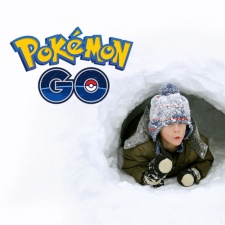 It's only taken 20 years, but finally there's a globally successful location-based mobile game.

Shame it will be the only one.

As smarter people than me are pointing out, Pokemon GO is an outlier (There’s Nothing To Be Learned From Pokemon Go) that sits somewhere between a fad and phemonenon (Will Pokemon Go last?).

We won't really know which until the weather changes and people stop going outside as part of their everyday lives.

Significantly, that will also be around the time that the game starts to become grindy for players who have collected all the low-hanging Pokemon.

But let's forget about the Pokemon aspect of the game and focus more on the location aspects.

I've been writing and 'playing' location-based mobile games for years.

(Heck, we even had a themed Location-Based Gaming Week in 2012.)

But does anyone remember the likes of MyTown, Shadow Cities, Life is Crime or Parallel Kingdom?

At the time (c.2010), they were all relatively successful location-based mobile games, but ones that never scaled to many millions of players or millions of dollars of revenue.

The fact is that location is irrelevant for most people most of the time.

The reason, as the CEO of Shadow Cities' developer Grey Area Ville Vesterinen told us, people only regularly play location-based games in three locations: at home, at work, and one other social location such as pub, leisure center, favourite cafe etc.

That's not a very interesting environment in which to place a location-based game.

Indeed, location itself has proven to be a tricky attribute more widely.

Back in the early 2010s, there were plenty of location-based apps and check-in services, notably Foursquare, which at one point was valued at $600 million.

Now it's just about hanging on as another city guide service, with its game-like Swarm app unloved.

The fact is, location is irrelevant for most people most of the time.

In this way, the challenge for developer Niantic Labs is to ensure the value of new Pokemon, Poke Stops and gyms can overcome the natural inertia of busy people who typically travel in fixed and limited paths.

That's going to be difficult for all but the most committed Pokemon fans.

The only other option will be ensure that Pokemon GO gets significant non-location-based features, which goes against everything Niantic Labs and CEO John Hanke (who created Google Earth) stand for.

In other news, the first snows of the winter can hit the US east coast in November.

Until then, commentators can continue to label Pokemon GO as Nintendo's second coming.

But we'll only really know if Pokemon GO will be a $1 billion franchise in December.