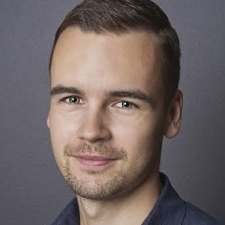 Vladimir Funtikov is the co-founder and CEO of Creative Mobile, an Estonian mobile games studio focused primarily on the racing genre.

In 2011, Creative Mobile launched Drag Racing - arguably the game that laid down the groundwork for NaturalMotion's CSR Racing in 2012, and more recently its sequel.

However, while discussing with the Mobile Mavens group whether CSR Racing 2 can be the hit Zynga needs, Funtikov told PocketGamer.biz the following:

Firstly, please note that we've been publishing products in the same category for 5 years, so I'm naturally biased.

But I don't think that's enough to become a major hit by Zynga's standards and in the current market.

To reflect on how much times have changed: just 14 months before the original CSR, in early 2011, we released Drag Racing - the grand daddy in the genre.

That game was built by 5 people in 6 weeks, and half of its UI was drawn by a programmer (me).

In other words, that game was quite rubbish.

Nevertheless, it held #1 grossing on Google Play (US/Racing) and top 10 on iTunes after launch and well into 2012.

Drag Racing was built by 5 people in 6 weeks, and half of its UI was drawn by a programmer.

The market was very young and players were hungry for new games.

It borrowed most of its gameplay and meta from a relatively unknown product, made it all better, targeted Apple devices first, was promoted heavily and became a major hit.

Literally everyone downloaded it because it filled multiple gaps on the market at once.

Many players didn't care about cars or racing at all, but they were excited to see what their new phones could do - some were still getting their first smartphones and tablets back then. Idle play was also somewhat novel.

CSR Racing 2 is amazing visually, but it arrives in an era of good-looking games and cheap, powerful hardware.

In every other aspect, it re-uses old mechanics or takes clues from established titles such as Racing Rivals and Need for Speed: No Limits.

It needs to lure the high-spenders from these well-maintained games to achieve high ARPU and be successful in the long run.

I'm afraid that better graphics alone aren't a compelling reason for these players to leave the games they're invested into.

Racing Rivals, {now owned by Glu Mobile] for example, doesn't excel in the look and feel department, yet it has been dominating the US market for quite a while.

Elite players don't care about visuals that much. Instead, they demand more/better ways to compete and socialise, and CSR 2 doesn't bring anything new to the table for them.

Without a sufficient number of players willing to drop $1,000+, it'll be hard to achieve a high ARPU and, subsequently, the revenue it takes to move the needle for a company like Zynga.

The game looks very appealing, with sleek graphics and stellar reviews, and it's going to reach very healthy numbers, but the context calls for more than that - there needs to be massive numbers, and I don't see that happening.

There are opportunities in Asia, despite the file size and hardware requirements.

With more gameplay innovation it could become a bigger threat, but it might be too expensive to go down that path.