Tapdaq's Ted Nash on thinking outside the app stores 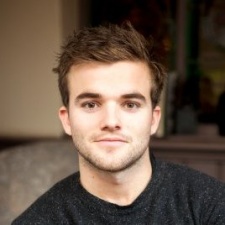 Ted Nash is the CEO and co-founder of Tapdaq.

In its current state, the App Store is broken and the opportunities it once provided show little sign of returning.

In a recent move, Apple delivered yet another turbulent blow at its Worldwide Developer Conference.

The company announced that it would be introducing paid search ads in the App Store to combat the problem of discoverability.

Whilst this may expand opportunities to brands with bottomless pockets, the situation for independent developers is only set to worsen.

I've been passionate about building online businesses from an early age.

After becoming inspired by an 18-year old internet entrepreneur whilst on holiday in Spain, I launched my first website aged 12.

I quickly learned that business was all about trial and error, so I continued to develop new services and experimented with different ideas, seeing which ones worked, and which didn't.

Then, in 2008, the App Store was launched and billions of opportunities were opened up to those who could act quick enough.

I was always on the lookout for my next big project and got to work at toying around with various creations - trying to figure out how it all worked.

In the early days, even the simplest of ideas had the capacity to engage consumers and build a strong user base.

Then - aged 17 - I became the first teenager in the world to achieve 1 million App Store downloads with one of my first applications.

It was an exciting time - the App Store had opened the doors of the mobile world to consumers. No one had experienced technology like this on their phones before.

People were enjoying the novelty of being able to clean digital frost off their phone screen with their finger and drinking a digital pint of beer by tilting their phone near the mouth. This change was crazy considering that it was just a year or so ago that Nokia's famous Snake game was all the rage.

My early success in the App Store was partly due to determination but timing also played a huge role.

Developing popular applications eight years ago, at the beginning of the App Store's life, was a totally different reality to what it is today.

In the early days, even the simplest of ideas - like the digital frost and virtual pint games mentioned above - had the capacity to engage consumers and build a strong user base.

The chances of success were far more attainable. App development was at its conception, meaning that the marketplace was a far more open playing field, and acquiring users wasn't a huge problem for independent creators.

Fast forward nearly a decade and today the App Store has grown into a saturated marketplace. Right now, over 2 million apps are available on the App Store, and around the same number on Google Play - meaning developers who hope to find success are highly dependant upon getting promotion from Apple and Google.

What's more damaging for developers is that prime advertising spots are filled by those who have access to the biggest marketing budgets and ultimately have greatest control over the platforms.

It's time for developers to take back control and think outside the box.

This model means that's over time the App Store has become increasingly less diverse and overpopulated with applications built by the same creators at the same companies.

Some of the most creative and unique applications are essentially just needles in a haystack. They are buried amongst the mass on app stores and struggle to get discovered against their big pocketed peers.

Frustrated at what the App Store was becoming, I became determined to leave app development behind and find an alternative solution for developers in such a crowded market.

In late 2012, after speaking with my friends and fellow app developers, Dom Bracher and Nick Reffitt, I found that they were experiencing the same frustrations.

So we created Tapdaq - a platform which would offer a solution for mobile app developers of any size to acquire users.

Tapdaq works as an in-app advertising facility which enables mobile developers to grow and retain their app's user base through cross-promotion and install exchange with other developers.

We like to think we have accelerated the process of building a successful business on any mobile platform, be it Apple, Google, or whatever comes next.

As mobile developers ourselves, we know the market is in need of a serious shake up. It's time for developers to take back control and think outside the box.

Let's make it our mission to work together and power discovery for the entire app economy.

Apple clamping down on reskinners with new App Store algorithm

Striking the balance between user experience and monetization