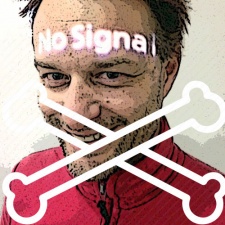 Depending on your point of view, Zynga's recent financials are failing-business-as-usual, or not as bad as they could have been.

The company continued to make a loss, but at $4.5 million it was much smaller than previously.

Still, the company has $868 million in cash and equivalents so it's not going out of business anytime soon.

What's more important to the chances of Zynga ever being highly profitable again, however, is the success (or otherwise) of two games.

When Zynga spent $527 million in January 2014 buying UK studio NaturalMotion, the expectation was its new games would be the powerhouse of Zynga's future success.

To-date, that hasn't been the case, most pertinently because NaturalMotion didn't release any new games until CSR Racing 2 arrived on 30 June.

That means it doesn't feature in Zynga's Q2 financials, which run from 1 April to 30 June.

At current rate, CSR Racing 2 could generate over $100 million a year.

Nevertheless, estimates can be made from the game's first month performance, which shed some light on whether that $527 million was well spent.

The first thing to note is CSR Racing 2 is a very polished game, with beautiful graphics and a much more sophisticated gacha-based monetisation system than the first two games.

That's resulted in a game which is the #1 grossing game in the racing category in the key US market.

If that level is sustained over a year - granted that's a massive assumption - CSR Racing 2 would generate over $100 million a year.

(It's not clear if this number is gross revenue of net of Apple and Google's 30% cut.)

Zynga spent a lot of money 18 months ago so that's 18 months of opportunity that has been wasted.

On that basis, and assuming some much smaller revenue figures for NaturalMotion's other mobile games, Survey Monkey concludes that CSR Racing 2 just about justifies Zynga's $527 million price tag.

The path not taken

However, to me that seems to be rather naive, both in terms of taking CSR Racing 2's launch month revenue and projecting it over a year, as well as ignoring what else Zynga could have done with $527 million.

The fact is that Zynga spent a lot of money 18 months ago so that's 18 months of opportunity that has been wasted.

In cases such as these, you have to consider the opportunity cost.

Certainly, spending $527 million for a game that generates $100 million a year just doesn't add up for a company like Zynga, which is more in need of resurrection - a $250 million a year game - than a dose of antibiotics.

On this basis, CSR Racing 2 alone does not justify the NaturalMotion acquisition.

CSR Racing 2 alone does not justify the NaturalMotion acquisition.

Indeed, that's something another high profile racing game developer has pointed out.

Talking to PocketGamer.biz in an article entitled Why CSR Racing 2 won't be the hit Zynga needs, Vlad Funtikov pointed out that the market has changed massively since the original CSR Racing was released.

"The game looks very appealing, with sleek graphics and stellar reviews, and it's going to reach very healthy numbers, but the context calls for more than that - there needs to be massive numbers, and I don't see that happening," Funtikov says.

Which brings us back to the elephant in the room; Dawn of Titans.

NaturalMotion's much anticipated midcore strategy game has been in soft launch since March 2015.

Its success - or otherwise - is now the defining factor in whether Zynga's acquisition of NaturalMotion itself can be viewed as a success.

Indeed, it could even be argued that if the game isn't a success, the only path left open to new CEO Frank Gibeau would be to split the company into the highly profitable social casino part and dump everything else into another company.

Then he can sell off the profitable part at a NaturalMotion-sized multiple - the casino market is going through fevered consolidation M&A at present - take the company off the NASDAQ, and try to make sense of what to do with the non-casino business as a private company.

Otherwise, I'm sure there's a Chinese chicken farm who would be interested...