If retention is the most important metric in mobile games, why are we turned away when we lose connection?

An easy way to kill momentum 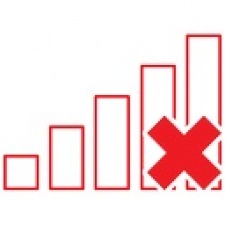 In a futile effort to keep up with what's going on in the world of mobile gaming, I download and play at least a couple of new games each week.

However, two that I've been playing pretty consistently since their respective launches are PlayRaven's Robocide and Glu Mobile/Tencent's Rival Fire.

Every day (bar a couple of lapses) I would log in to these games, even if only to collect the daily rewards and dabble in the menus for five minutes.

It's a testament to how highly I rate the pair, with both well on track for a spot among my games of the year come December.

But I've just moved house. So I have hence been plunged into an internet-free zone for at least the next week.

And for that reason alone, mobile developers don't want me playing their games anymore.

At least it feels that way. Of the 12 free-to-play games currently on my iPad, eight of them are unplayable offline. And these aren't games that rely on connectivity with other players to function, either.

Of the four remaining, two - Merged! and the newly-launched Six! - are from Gram Games. The other two are Spymaster from PlayRaven and Jamwix's Cinemagic.

But from experience, a more representative cross-section of F2P gaming would show an even greater imbalance in favour of online-only games.

On the face of it, barring offline players only seems sensible.

For starters, with the significance of analytics increasing, a considerable chunk of a player's value to a mobile game developer is in the data they provide.

Play offline, and the developers gain no actionable insights.

Allowing users to play offline may also increase the game's vulnerability to hacking and other exploits, the bane of any game with a competitive element.

Although, with this sort of behaviour already so widespread, it seems digital ne'er-do-wells are thriving regardless.

Mobile games are uniquely transient... Can you afford to lose players so cheaply?

The reason that stands out most, though, is that F2P game developers make their money through adverts and in-app purchases - neither of which can be accessed without an internet connection.

But what about those who have already paid? I've spent money in both Rival Fire and Robocide, and while I'm by no means a high-roller, in doing so I've done more to support the developers than 98% of players.

Being locked out under these circumstances does stick in the craw somewhat, but this is about more than feeling entitled.

A bigger issue - and one that will affect developers more than me - is one of momentum. More than on any other platform, mobile games are transient. To establish any sort of long-term player engagement is a rarity.

By the time my internet is hooked up, I might no longer care about Rival Fire. By the time your player finishes their underground commute, they might not want to play your game anymore.

Can you afford to lose players so cheaply?

I was playing these games every day, and now I'm not. These games were part of my routine, and now they're not.

I can't claim to understand all the nuances of why games go online-only, but surely this is a bad outcome for all concerned.

An EEDAR survey (as above) shows that 74% of mobile gamers play not for the experience or the challenge, but simply “to pass time while waiting”.

To be brutal, this means that your game is completely and utterly replaceable.

If it's not available when the player needs help to pass that time, they will find an alternative that is.

I know I have.

Sequels Vs Updates: Start again? Or stick with what works?