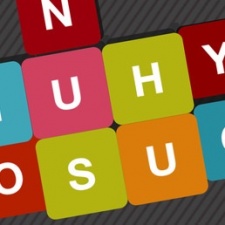 It's pretty uncommon for a developer to take a free-to-play game and adapt it for a premium model.

A rare, recent example is Bebopbee's Jurassic GO - Dinosaur Snap Adventure, which swapped its IAPs for a premium price tag in August.

Developer Shane McCafferty's approach for his word game AlphaPit is even more unusual, however, as all premium features have been added in a simple update to the same, formerly free-to-play build.

This means that everyone who's already downloaded the game - which was awarded an 8/10 score by our sister site Pocket Gamer in its original incarnation - will get it for free.

We reached out to McCafferty to find out more about his decision to change tack just three months after launch.

PocketGamer.biz: What monetisation schemes existed in AlphaPit prior to this premium update?

AlphaPit is a word game that, in its first incarnation, was monetised entirely through ad views.

By rewarding video views with helpful tools, we hoped to create an environment where players would see ads as a positive.

We used UnityAds for the first time, and while they proved a great partner to work with, we made some choices that ultimately limited how well the game monetised.

Rather than viewing ads at set times, we created in-game rewards to incentivise ad views.

Three power-ups were available for players that could be unlocked exclusively by viewing ads: bombs could clear away letter tiles, Undo could skip back a move, and Flip could switch all of the tiles to new letters.

The thinking was that, by rewarding video views with helpful tools, we would create an environment where players would see ad views as a positive rather than a punishment.

Our thinking on this may have been incorrect.

Were you disappointed with the proportion of your players that were actually driving revenues?

Yes, though I certainly don’t blame the users. I think our logic on what would drive ad views was faulty.

While we wanted to create a positive moment for our users that was tied to monetisation, it seems that most users saw the use of power-ups in a different light.

They would only feel the need to earn a power-up if they were stuck - and using one made our users feel like they were cheating themselves out of solving a puzzle properly.

It’s also worth noting that, by choosing ads that require user-initiation rather than ads that would pop-up periodically, we were choosing the worst of two monetisation models.

We had the user-initiation problems of paid IAP, and the lower ARPU of ad-based models. It also doesn’t help that word games are amongst the lowest ARPU out there (or so says a recent SurveyMonkey report).

We were making half a cent per user - and our user base wasn’t huge to begin with.

In its first three months, because of our monetisation choices, AlphaPit has made a whopping $240.

What was the thinking behind the move to premium, particularly keeping the same app and updating all free users to the paid version?

I wanted to play a better version of AlphaPit.

The ability to gain more power-ups unbalanced the game. When we took that away, the game was better; it was what it was meant to be.

If you downloaded AlphaPit while it was free, I’m not going to punish you by forcing you to purchase.

Power-ups still remain a part of AlphaPit, but in a limited capacity. It’s easier approaching the puzzles knowing what tools are available to solve it.

Once the ads were gone, the need to earn power-ups was removed from the gameplay loop, letting players put their entire focus on solving the puzzles.

It made AlphaPit a better game. That’s when I started thinking that maybe I should release it as an update.

Sure, we could have removed the free version from the store and released this a separate premium version, but… why would we do that?

If you downloaded AlphaPit and loved it while it was free, I’m not going to punish you by forcing you into a purchase. I’m going to say thank you for supporting me and believing in my game.

If you downloaded it, you deserve it. I can’t comprehend why anyone would do anything else.

If you could turn back the clock, would you launch the game as premium from day one?

Absolutely. We had an interesting idea about how to do a free-to-play game in a way that was fair for users and developers alike, but it just didn’t work.

Maybe if we had scaled to millions of daily active users we might have seen different results, but even so, it’s just a better game now.

And ultimately, that’s what we really care about - making and releasing the best game possible, regardless of how they monetise.

Do you think it's easier to regain some momentum post-launch with a premium game than a free-to-play one? Are you optimistic of a long tail for AlphaPit?

Free-to-play games have a better chance to regain momentum, if only because there’s zero barrier to entry.

With notable updates, you can re-engage your existing userbase while also pursuing new users with your enticing $0 entry fee. With premium, people tend to see these as one-off experiences.

But with free-to-play gone premium? I can honestly say I have no idea what will happen.

I’m not very optimistic about a long tail for AlphaPit.

Having said that, considering how low the financial bar has been set by our free-to-play attempt, we’re hopeful that we can see some growth - even with just a handful of installs.

And I’m upbeat and proud that the definitive version of AlphaPit is out there.

If we can earn enough for a substantial pub night to celebrate our next endeavour, I’ll consider the transition to premium to be effort well-spent.