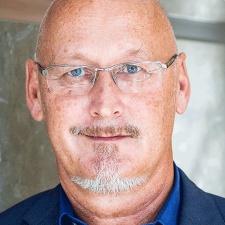 Volker Dressel is CEO and founder of Quaid Media.

In the realm of of TV advertising quality, infomercials have to be the worst. You know it, I know it. Even they know it. For whatever reason, no matter how awful they are, they seem to work.

This is because they’re broadcast early in the morning and they appear on quiet TV channels. If you place an infomercial next to an advert in a primetime slot, it would stand out as being especially bad.

For any advertising, creativity is important. But so is the context of that creativity. For example, a spot that works well with a 15 second Instagram video, won’t necessarily work on a 42” TV.

With TV advertising, the creative narrative is often more important than the product itself. It's not enough to take the snazzy new app trailer you've just shot and think that it's a TV ad. It's not.

With your app trailer, you are often trying to convert a user at the last point of the decision-making process. With TV ads, you’re trying to get new users as well as potentially remind lapsed users to use the app.

There is no set formula for TV ads, or for creativity. However, a recent study from ThinkBox and Neuro-Insight, which studied people’s reactions to watching different videos, has shown that effective ads tend to share the following traits:

The above isn’t a strict formula, but using it as an outline for the creative process can help to improve your TV spot’s impact.

Of course, just following this isn’t enough. The video still has to be filmed in a way that makes it look professional. You still need to have people that seem genuine (can act) and have thought about what the story is.

No other medium has the same ability to stimulate our emotions.

The importance of creating adverts that deliver an emotional response was also highlighted in a study by the Institute of Practitioners in Advertising, called The Long and the Short of it. The study identified that emotionally-driven campaigns were twice as profitable as those which weren’t.

That’s the unique power of TV, and why it continues to be the most popular advertising format – no other medium has the same ability to stimulate our emotions.

Though TV is a better medium for creating adverts with emotional impact, a bad TV advert is just as ineffective as a bad mobile banner ad.

When creating TV campaigns, app developers need to bake in creativity and an emotional angle if their campaigns are to be truly successful. Creativity drives emotion, and emotion drives decision-making and this is the gateway to long-term association.

Great creativity is ultimately about understanding the medium you are targeting. It understands how to get your message across and hit the right notes, within a limited amount of time, bringing all of the elements together in a way that connects and resonates with audiences.

Let’s take a look at what this means in practice.

The Kim Kardashian: Hollywood app was a success in spite of its ad. Watching this, it lacks the creative element and just leaves all but the most ardent Kim K fan with feelings of confusion and sadness.

Kanye may argue with us here, but we feel that this is a poor use of celebrity, a poor use of timing and focuses far too much on the gameplay, rather than telling a story. Essentially, it feels like they gave up on being creative, because they knew the game was going to perform well regardless.

Chameleon Run is a great game, and this trailer may work on the App Store to help get someone to install the game, but if you were to put it on TV, it would likely fail to get any interest - or even make existing players open the app.

If this were to be made into a TV ad, the studio would likely need to think about how to bring it to life in a fun way - with a small clip of the actual game and a matching audio call-to-action.

This Disney LOL ad has a good use of timing, mixed with some humour before building to the reveal at the end as to what the app actually is and where you can get it from. It’s only at the end that you see the Disney logo. It’s clear who the app is aimed at by watching the ad.

This Japanese ad for Hearthstone resonates even when if you don’t speak the language. There is a clear sense of humour in it, and it is telling a story that any audience could understand.

While the ad is tailored for a Japanese audience, it’s creativity and clear visual story makes it connect with the viewer. The app is only shown right at the end, helping the story to make sense to a viewer.

Nintendo's ad has humour, self deprecation and clear awareness of exactly what it is. It’s a commercial about behind the scenes of creating an ad, that’s about creating a viral hit. Linked in with product references. It’s a long commercial, but it tells a fun story. You’ll notice there is no music, right until the critical moment at the end.

As each of these TV commercials show, when creativity is used effectively, it can be very powerful.

A truly creative ad will resonate with an audience, even if they don’t speak the language - your advert should be clear to anyone watching what the key emotion is meant to be.

There isn’t a formula for it, but there is well documented evidence of what is effective and why it is effective.