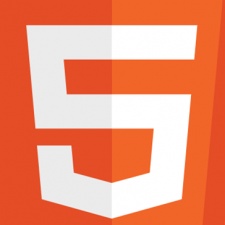 HTML5 was once heralded as the future of cross-platform gaming and the heir to the throne of Flash.

But its promise of providing a standard coding platform for developers to make and release their games across various platforms hasn’t quite come to fruition the way some had hoped it might.

That’s despite the backing of serious players like Apple, Microsoft and Google.

Call it a comeback

In terms of games at least, HTML5 has slowly faded into the wilderness over the years, unable to break through over native experiences and other methods and tools for development.

It’s making a comeback, though. Facebook’s new Instant Games platform uses HTML5 to bring games to its Messenger app and News Feed, and it’s a potentially significant moment for the industry and how consumers play.

The initial launch of Instant Games is an exciting but tepid step from Facebook. The initial batch of games is backed by a few big names in gaming such as King, Zynga, Konami and Bandai Namco, but there are only 17 titles available from 14 developers right now.

Some of these are genuinely fun games, such as the stylish Endless Lake, Everwing and Galaga, but a couple are of the titles are pretty dire experiences.

And then there’s the complete lack of monetisation at this early stage. For now, Instant Games seems to work as a platform for engaging with brands and then moving users on to the full thing elsewhere – on another platform/or to another medium entirely.

It’s a shame really, and isn’t quite the return to form for Facebook gaming that it could have been right off the bat. Rather than go all in on messenger apps, Facebook seems to be carefully testing the waters.

The start of something big

But despite the slow start – it’s still a potentially significant moment for Facebook and HTML5.

Facebook Messenger meanwhile has more than one billion MAUs - but is yet to monetise those users with games like Asian companies have done to great success.

With HTML5 the standard for Instant Games and other chat apps – the revenues for developers adopting it a few years from now could huge.

A sign that investors are keen on the opportunities is the money being poured into publishers like Big Viking Games.

The Ontario-based studio recently raised some $21.75 million in funding to develop HTML5 titles and bring its ‘instant gaming’ engine to a broader audience.

Ambitiously, the publisher is also seeking a further $60 million as part of plans to partner with developers, publishers, agencies and brands for HTML5 projects.

As well as developing in projects and investing in other studios, Big Viking has opened a $10 million publishing fund for HTML5 messenger platforms like Facebook’s Instant Games.

The firm is so bullish on HTML5 that its CEO Albert Lai recently called it the next $100 billion dollar games platform.

Another developer, Game Insight, has also set aside $5 million to set up a new division within the company focused on creating HTML5 games for Facebook’s Instant Games platform. It has already released one of the platform’s launch titles, match-3 game Tribez Rush.

Ready to Kik off

In August 2015, the company behind messaging app Kik, which uses HTML5 as a key component to let its 200 million+ users browse websites and play games in the app, raised $50 million from Chinese internet giant Tencent.

To put that into perspective – the investment was said to value the Canadian start-up Kik Interactive at $1 billion at the time.

Part of the promise of HTML5 is that it could completely revolutionise how consumers use mobile games apps in the West, so it’s easy to see why there’s lots of money being pumped into it. Though of course, all this money doesn’t equate to inevitable success.

But that high investment in HTML5, combined with the launch of Facebook Instant Games and the significant revenues garnered in the East through chat apps, it’s not too difficult to see lots of money being made in HTML5.

HTML5 is certainly coming of age at long last, but it has reached a point where it is really now or never for it in the games space.