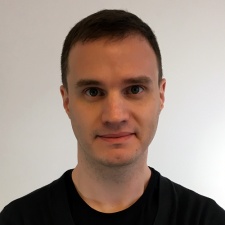 This time, it's The Secret Police and Bossa Studios co-founder Ric Moore with his playing habits in the spotlight.

Ric Moore: Dungeon Link. It's a puzzle RPG made by Kong Studios who are a small team of Koreans based in California, I think.

I've been playing it over a year but I suspect I'll churn pretty soon.

I'm at a point where I have to grind for a month just to progress by one story quest. I think I'm just playing out of habit, logging in to collect free stuff daily.

I suspect I enjoy the meta game the most: collecting the characters and awakening them, because once auto battle was unlocked I've never turned it off!

Auto battle is a common feature in RPGs. When I first encountered it I thought it meant the developer was effectively admitting the combat was so tedious they put a button in so you don't have to play it.

While this is partially true, what it highlights is that it's the rest of the game that makes it tick. Dungeon Link goes one step further and has a skip button for quests you have previously completed.

This allows you to collect the loot and XP without having to sit through the quests, although it costs double the energy to do this.

Perhaps it's a precursor to the idle RPGs that are all the rage now.

I love their art style. The characters are awesome and all the battle effects are really cool. The most innovative part is definitely the puzzle.

What I notice quite a lot in the west is developers copy games like Puzzle & Dragons thinking they must have the match-3 aspect, as if that's the key to the game's success.

However, Asian RPGs tend to swap out the match-3 and just have a very similar metagame.

Developers copy games like Puzzle & Dragons as if match-3 is the key to the game's success.

If you compare Puzzle & Dragons, Monster Strike, Brave Frontier, Terra Battle and others, they all have very similar systems for collecting and leveling characters, and the innovation is almost always in the battling/questing part.

That's the part that draws the player in, and the meta game is what keeps people playing a long time.

Dungeon Link does this with a puzzle that involves connecting coloured squares by drawing a path between them, usually through some baddies.

It's good fun and I think it's that aspect that got everyone in our office playing it.

You level characters by fusing other characters and you level runes by spending coins.

However, it can fail. You click to level up, it takes your money (and characters), and it says failed. The higher the level your character/rune is the more is costs to level and the higher the chance of failure.

This is not unique to Dungeon Link. Summoners War has a similar rune leveling system, as do other Korean games. I'm baffled as to why they think it is good design to punish the player like that.

By contrast, Japanese games don't have failure, they have success, great success and super success.

They take a similar length of time to level your runes/heroes, but it's a far less punishing way to do it.

Dungeon Link is definitely a favourite, despite not being a mega hit. We've picked up a lot of great ideas from lots of games in this genre, and they inspired us to change things too.

For example, typically games in this genre require you to be online to play. Every time you exit a menu there's a pause as it sends off to a server.

That's fine if you live in Tokyo or Seoul, but it means I can't play on the London Underground or indeed most parts of the world.

Our game still has a server aspect but it allows you to play offline for many days in a row.

Another interesting thing I learned from Dungeon Link was what happened when they did a cross promo with Adventure Time back in May.

They added all the characters from the cartoon, new themed quests, etc. If you look at the historic grossing rank on App Annie it didn't seem to have any impact, which was quite surprising.

I think it's very important. Ignore the market at your peril.

Ignore the market at your peril.

If you make something just because you want to, then you'll probably be in for a big reality check when you launch it and discover no one is downloading it and you can't afford to buy installs.

Personally I play loads of games, especially Asian ones. We built a tool that picks out all the games in soft launch in the App Store.

I check out any game in that list that looks interesting. We also have a fancy tool that makes real-time charts of all the most efficiently monetising games.

Often that highlights unusual titles that aren't getting talked about. The other thing I do a lot is cut and paste the titles of top grossing games in Japan into YouTube.

The majority of Japanese games don't get released outside Japan, so not being able to read Japanese I find this is a good way to discover some cool new games.