Context and timing is vital 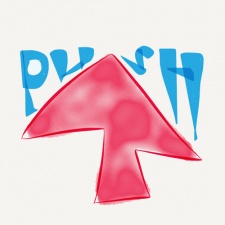 First introduced with iOS 3 in June 2009, push notifications have always fascinated me, if only because most developers appear to be incapable of using them properly.

And it should be so simple.

Conceptually, push notifications are merely messages from an app or game alerting users or players something has happened and maybe they would like to open said app or game and check out what’s going on.

Certainly, in the case of free-to-play mobile games, with their reliance on energy systems and timers to gate session length, push notifications should be an important part of every developer’s strategy to increase session frequency, and hence overall retention.

Yet, too often it appears the most important element of this vital communication with end users has been handed over to the most boring person on the team.

Like programmer art, most push notifications are purely functional.

In the correct context, this is useful information. But it’s not very inspiring, is it?

Like programmer art, most push notifications are purely functional.

Indeed, a couple of years ago, I tried to work with a mobile tech company which handled push notifications for thousands of apps and games.

Could they help me come up with 10 examples of great, exciting push notifications? They could not.

Neither was Localytics' one-off 2014 Push Awards for the best and worst push notifications of the year much use either.

Yet there are examples of developers who get it.

One such is TinyCo (now part of Jam City), which obviously has the outside comedy talent to ensure the push notifications for its The Family Guy: Quest for Stuff are in keeping with the IP i.e. funny.

Now, I don’t suggest this wacky approach for all games, but I think developers should try to get the best writer in the office to author their push notifications (or outsource them).

Certainly someone at Flaregames needs to be doing better for its in-soft-launch Nonstop Chuck Norris.

How about “Chuck Norris is about to boss a Boss. Come and watch”

But, we’ve already got ahead of ourselves. If you’re anything like me, you probably don’t have push notifications switched on for most of games you play.

When I open a new game, if the first thing I see is the push notification prompt, I always answer “Don’t Allow”.

You can see a typical example of this sort of behaviour below.

For me, this demonstrates a developer who just doesn’t understand how to onboard players.

It’s hard and expensive to get people to download your game. Presumably they do so because they want to play the game, not decide if they want to receive boring messages (or wait while the game downloads another 300 MB of data and shows them unskippable trailers, but that's another opinion rant).

Anything that gets in the way of playing the game as fast as possible increases the likelihood your game will be immediately deleted.

Which is why developers such as Supercell ensure their games load within 10 seconds: straight into the action.

Thankfully, however, studios are waking up to this and when I record First Time User Experience videos, more and more developers are integrating their push notifications into the longer flow of their tutorials.

In this way, developers can ensure players understand something of what the game is about, and place push notifications in this context.

For example, once players understand a game involves upgrading their buildings, units, cars etc, the offer to receive messages to alert them when this process is over is more likely to be accepted.

This is particularly important because the official iOS push notification pop-up prompt can only be shown once. If a user rejects it, a developer can’t show it again.

And this is why the best developers are now using their own pre-prompt splash screen before firing up the official pop-up.

Not only does it provide the required context but they can show that screen as many times as they like.

To summarise, push notifications aren't rocket science. So do them properly and keep your players playing.