Mark Ollila peers into the near future for mobile marketing 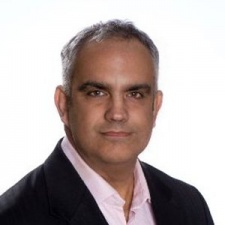 Mark Ollila is Chief of Staff and General Manager for Innovations and New Products at Verve.

Pokemon GO gave us a glimpse of the future. More important, however, the location-powered game taught mobile marketing a critical lesson in 2016 about mobile users’ openness to being enticed or encouraged by transactions in the physical world - ones based on events in the game world.

We are poised in 2017 to see early and important iterations of augmented-reality experiences continue to emerge, and with them will come opportunities for mobile marketers, chances for new creative ad-units and innovations to dovetail with clear consumer interest in location-based entertainment.

Our focus must now shift to implications, ways that game ad-units can evolve in light of this consumer mindset.

In the following sections, examples of how this evolution may well play out come from real-world work, projects underway across the games development industry.

Each instance helps highlight next steps for mobile marketing, how the industry can leverage game ad-units as physical and digital experiences that matter to the consumers who encounter them in stores and on their screens.

Call it the Matrix Effect (to call upon a favorite film for the term) - the merging of experiences and transactions to which consumers are accustomed in the physical space with the kinds of value exchange that consumers encounter in the increasingly transactional digital spaces of mobile games.

Pokemon GO gave us a glimpse of the future.

Given an advertising ecosystem that’s increasingly conversant with geofencing, integrated SDKs and the rise of beacons, mobile marketing is ideally positioned to take advantage of this “Matrix” dynamic.

As evidence of this evolution, consider the following examples.

Mobile marketing stands to shift users’ thinking about in-game events and progress from a virtual economy to one that blends gameplay with the physical economy.

Taking this approach another step, thinking about mobile marketing’s ability to track user location among consumers who’ve granted data access, marketing can begin to define places of interest and the neighborhoods players frequent.

Game ad-units can be targeted locally, in this way, with offers operating at a street-by-street level of granularity.

Plus, if marketers learn that a player seldom moves through a nearby region, they can fuel conquesting by creating game-to-physical-world interactions around businesses within a target geography.

Challenges and next steps for game ad-unit innovation

One of the chief challenges to creating game ad-units like the examples above is that of scale.

Ultimately, game developers and advertisers will want partnerships around these ad-unit innovations that allow them to reach vast numbers of users. That means mobile marketing will likely have to lead with channels such as national fast-food and big-box retail.

These approaches represent a business development challenge, one on which we should all collaborate - and one around which marketing should unify as an industry.

Meanwhile, next steps for mobile marketers involve developing the means and mechanisms by which these game ad-units bring value to the player, inside and outside the game.

Both outcomes are based on play-related concepts and activities, and both turn on the consumer’s physical-world behavior in relation to evolving expectations around what a smartphone screen can do.

Pokemon GO was just the beginning. Mobile marketing must now map the future - a near future - and one in which the industry significantly steers location-based entertainment as it develops and grows.