How Glu Mobile became an ambassador for Major League Baseball

What value can mobile developers offer to partnering IP holders? 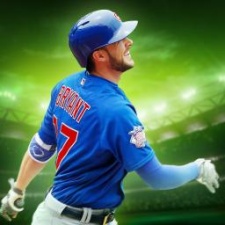 This morning, I led my Baltimore Orioles team to victory over the New York Yankees.

The key moment came in the eighth inning, when a sacrifice bunt from Jonathan Schoop allowed Carlos Correa to take third base, and a fumble by the opposition fielder on what should have been a routine fly out then allowed him to make it home.

The above would have been pretty much indecipherable to me just a week ago, but I've been getting an education in one of America's favourite pastimes from Glu Mobile's MLB Tap Sports Baseball 2017 since its launch on March 30th.

The latest in the Tap Sports Baseball series, this is the first entry that's fully licensed with teams and players from Major League Baseball, the biggest league in the US.

This obviously gives the game an added legitimacy and pull for a US-centric group of baseball fans. But being based in the UK, and having neither knowledge nor interest in the sport prior to this, I come at it from a rather different perspective.

I wasn't sold on the lure of the brand, but the promise of a fun, simple, one-thumb sports game that serves as its Trojan Horse.

Mobile games can spread brand awareness in a way that's never been possible before.

But just through playing the game, I now understand the rules of baseball. I now know a handful of MLB players, and even have a favoured team.

Smartly launching just before the opening day of the 2017 season on April 2nd, MLB Tap Sports Baseball 2017 has even inspired me to keep an eye on real-world results - and I plan to watch my first game soon.

This shows the true value of mobile game licensing deals to IP holders.

Much more than simple cash-ins - although the promise of an alternative revenue stream is inevitably a major factor - mobile games can spread brand awareness in a way that's never been possible before.

A perfect example would be Nintendo, which has built its entire mobile game strategy around this.

Nintendo's cut of the Pokemon GO revenues is no doubt significant, but the fact that UK 3DS sales saw a boost of more than 200% as a direct result is arguably more important for a company so determined to stay in the hardware business.

Fire Emblem Heroes transparently plugs its 3DS stablemates, too, further demonstrating that Nintendo sees the broad appeal of F2P mobile games as a way to promote games on its own hardware.

For the MLB, signing up to back Tap Sports Baseball - a series that's already had three successful titles without the license - surely makes financial sense.

Far from just providing a boon to Glu's sales, it also allows MLB to sell its league - its entire sport, even - to territories that have no tradition of engaging with baseball.

Pre-mobile, the gaming market couldn't offer this. Nobody spends $60 to simulate a sport they know nothing about, so boxed copies of MLB, NHL and NBA games would leave the US in small quantities - if at all.

On mobile, especially with an accessible experience of the kind MLB Tap Sports Baseball 2017 promises in its very title, it's a different ball game.

Inevitably, the USA has been by far and away the biggest market for MLB Tap Sports Baseball 2017. The next biggest are Australia and Canada, both of which have a sizeable following for the sport.

Glu will be relying on baseball's US heartland to make the game profitable.

There's a big drop-off for territories outside of those three, and that's likely reflected in how Glu is targeting its UA spend.

But nonetheless, it peaked at rank 255 in iPhone downloads in the UK, and just inside the top 500 in Germany - neither of which are countries with any real history of playing or watching baseball.

This won't affect the bottom line for a company the size of Glu, who will be relying on baseball's US heartland to make sure the game is profitable.

But for the MLB, mobile games are already proving a uniquely effective way to improve the visibility of the league.

For mobile developers, then, it's important to remember that these IP deals - now well and truly commonplace - are not a one-way street.

Sure, you get a pre-existing audience to target, but it pays to consider what you're offering beyond a cut of the profits.

That is the essence of a successful partnership.