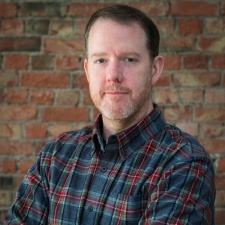 At the end of March 2017, Chinese publisher Youzu and German developer Bigpoint announced a grand new strategic vision for both companies in Europe.

A six-point plan was revealed that would see a new focus on six core areas: Leadership & Talent, Quality, Globalization, Branding, Research & Development, and Investments in new companies and studios.

At the same time, Bigpoint CEO Khaled Helioui stepped down from the role after more than five years with the company.

In his place is newly appointed Managing Director Brian Morrisroe, who previously held the role of Director of New Games at the developer and has been with the studio for nearly two years.

What’s more, Bigpoint is set to release a raft of mobile titles this year in Europe as it ramps up development resource for the platform, having traditionally focused on browser in the past.

It all comes a year after Chinese publisher Youzu acquired the developer for €80 million - it's first 100% acquisition of an overseas company.

It sounds like all change at the Germany developer then, though Morrisroe calls it more of an evolution, using its ties with Youzu to share knowledge and build games for a global audience.

“Bigpoint has had tremendous success in the past as a web company, particularly in Europe, and we believe that by combining that experience with Youzu’s understanding of the Chinese market, we have the potential to create some very interesting and successful products,” he tells PocketGamer.biz

“We’ve already been working together for the past year and have seen some success with games like League of Angels and Legacy of Discord where Bigpoint was able to help bring Youzu games to the West.”

Bigpoint’s biggest focus now though appears to be on mobile. With a few mobile titles set to launch in 2017, Morrisroe says the studio “definitely plans” to develop more in this area.

He reveals the company is looking at three genres for mobile right now: simulation, narrative and strategy, where the company believes it can hit a wide range of demographics with the titles it already has in development.

There are still interesting opportunities for browser, but we are definitely expanding our expertise to include mobile.

Despite this however, he says it won’t be giving up on browser anytime soon.

“For instance, Farmerama celebrated its seventh anniversary, while SeaFight and DarkOrbit Reloaded are now more than 10 years old, all of those games are still going strong and see hundreds of thousands of active players,” explains Morrisroe

“We believe there are still interesting opportunities for browser games, but we are definitely expanding our expertise to include mobile.”

Though Bigpoint has a renewed vision for mobile, following a false start a few years back, its new strategy specifically highlighted areas of focus to include branding and investment.

Bigpoint is no stranger to using big brands. It once tapped the Game of Thrones IP for a new MMO, news on which has since gone quiet, and for Battlestar Galactica Online.

Morrisroe is cagey on details for its branding plans, but he says the idea is to create a entertainment company with games built to last.

“Whether we decide to work with popular existing brands or develop our own game properties that have appeal beyond games, our desire is to build experiences users want to get lost in,” he states.

“Our focus on branding is really about creating lasting experiences that resonate on many levels with our users, it’s not just about making games.”

As for potential acquisitions and investments in other studios in future, Morrisroe is equally tight-lipped on upcoming activity in this area.

“You can expect a great deal of activity in the coming year in the form of games from both Youzu and Bigpoint,” he says. “We expect to launch several projects within the year that are being developed internally at Bigpoint. “

He adds: “Overall, this year will be a big one for Bigpoint and for cementing our position as a leading developer and distributor of games in Europe. It’s an exciting time.”