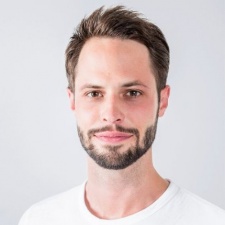 This article is part two of a three part series. You can read part one here, and part two here.

In my last post, I pointed out that hyper-casual games are anything but new. They’re basically the reincarnation of old-school arcade games and are perhaps the essence of what makes mobile games great: Easy to grasp concepts, snackable content, and they’re always on, always there with no strings attached.

What has really evolved is the ecosystem around these games, and the opportunity it affords publishers.

Billions of users can be addressed through the app stores globally and the advancements in ad monetisation make hyper-casual games an interesting opportunity for developers and publishers.

I’ll elaborate into greater detail how hyper-casual games monetise and more importantly, how they scale.

A million guppies are better than a couple of whales

When you enter a supermarket you can usually observe two dominant pricing strategies: “premium” products that target monetising a relatively small amount of users at higher price-points, and “discount" cheaper items, intended sell at scale.

Both strategies can be equally successful when executed the right way. Interestingly, most mobile games exclusively focus on the premium strategy by carefully designing incentives to convert a small amount of users to payers (through IAP) and milk them over time.

Hyper-casual games monetise the whole audience at a stable but low rate and utilise economies of scale to compensate for low LTVs.

Hyper-casual games, on the other hand, monetise the whole audience at a stable but low rate and utilise economies of scale to compensate for low LTVs.

Hyper-casual games are usually around 70% monetised by ads and only rely on IAP to a minor extent.

When monetising through ads, it’s critical to find the right combination of formats and frequency to maximise the amount of touchpoints users have with ads while preserving a decent user experience.

Keeping the quality in mind is important since most of the advertisers buy on a performance basis. If users don’t convert or the engagement of the users stays consistently low, it will have an impact on the eCPM.

The most common and usually most impactful integration is a skippable video unit right after one or several core game loops.

A nice add-on is a rewarded video slot in exchange for a temporary booster, for example. When it’s integrated well and offers real value to the user, it can easily add 30% to 40% more ad revs since the eCPMs tend to be higher than the skippable slots.

Jami Laes, the CEO of Futureplay, held a great talk on how to use rewarded video even as the primary source of revenue. On top of that, there is always room for some additional IAP to unlock more content, boosters or customisations.

As general advice for anything ad related, I recommend building relationships with your ad partners and exchanging information regularly. They see many integrations and are usually happy to provide feedback and share best practices.

It’s all about scale

Every couple of weeks there is a new “study” released, pointing out that the CPIs are increasing and that the market is super competitive, especially throughout the holiday season. And it’s true - the App Store is a shark tank, and it’s not easy for a new game to gain traction.

The barriers to downloading these games are extremely low, a fact that some developers utilise in their social features.

That being said, there is also a lack of original content, and it’s quite costly to find users for another strategy game that basically has the same look and feel as many other games that have been released beforehand.

The good news is, hyper-casual games can acquire users on scale at extremely low rates. Instead of addressing a niche audience, they go broad and appeal to the masses.

The enormous amount of game-centric inventory in combination with engaging ad formats (such as video and playables) makes it possible to address hundreds of millions of gamers while they are engaged with other games.

Hyper-casual games can leverage these units by previewing how the game works and feels. A 30- or even 15-second gameplay video is sufficient to portray the overall idea of the game.

A playable ad even enables the user to sample the game before downloading. This is marketing at its best. The product is showcased directly and instantly, and the fact that the game is fresh and available for free, results in extremely high click and install rates.

The barriers to downloading these games are extremely low, a fact that some developers utilise in their social features.

A brilliant example for this is Wordbrain. It’s a game that lets you create a custom playable that you can share with your friends.

Seasonality doesn’t affect hyper-casual too much either, since the higher CPIs are over-compensated by the higher CPMs on the monetisation side.

The combination of all the channels has a nice side effect: the apps tend to be relatively high up the free charts and get additional virality through the increased discoverability.

From a financial point of view, there are two huge advantages of hyper-casual games over other genres.

First of all, they are faster and less costly to develop than complex, meta-game heavy, IAP-monetised games.

Secondly, users monetise from the get-go, so user acquisition campaigns can be optimised early on and the developer can recoup the investment into marketing significantly faster than with whale-focused games.

Ad-funded games makes the biggest share of the revenues throughout the first couple of days when users are most active and most receptive to ads.

Games that monetise mainly through IAP, on the other hand, tend to start monetising the user after a couple of days and therefore make most of the money over time with their most active users.

Users continue to have a great appetite for new games, so ideally you have the next course ready before they finish the last one.

Once you’ve built a portfolio which can be used to cross-promote and build out your brand, it becomes a machine that supports itself. Ketchapp is probably the best example for a hyper-casual studio utilising the portfolio strategy.

In an ideal scenario, everything happens through monetisation, and growth is also mainly driven by advertising. These two things work hand in hand - smooth multiplying, growth - different pieces work together in a cool fashion.

By hedging your bets on a massive pool of users for monetisation, rather than through faith in a handful of fickle whales, you can more reliably create successes. These successes can be built into a portfolio whose sum is greater than its parts.

With this steady predictability in such a competitive and uncertain world of indie devs, it’s no wonder we’re seeing the ascendance of hyper-casual.