How to successfully leverage influencers as creative consultants 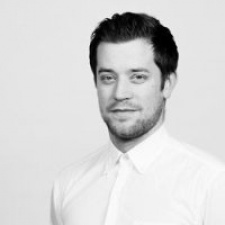 How to get influencers to endorse your game on their channels is a well-documented practice, and most of the secret sauce is now out of the bottle.

However, what many brands are doing right now is taking their relationships with influencers further by relaxing their brief (read: what they want that person to do and say) and working with them more as creative consultants than one-off service providers.

In fact, some brands are bypassing traditional creative agencies entirely and working directly with influencers to inform their marketing strategy.

It makes absolute sense and allows influencers to lead the creative direction of branded content, as opposed to paying them to read pre-scripted lines or play a set gameplay sequence.

After all, one of the most important points about working with influencers is to create content that is a natural fit for their audience.

If they’re forcing themselves to sell your game, their fans will turn off in seconds and your well-planned campaign is not going to convert viewers into players.

Providing your chosen influencers want to work with you and your brand, define the parameters for the level of commitment.

At Flaregames, most of our major influencer campaigns around a product hard launch will incorporate an agreement to either adapt one of the campaign videos or create an additional 15 to 20 second spot for user acquisition purposes.

Not only has this driven better value from a budget perspective, it’s given us the opportunity to work more closely with that influencer and harness their creativity. Put short: we want influencers to collaborate with us on how a campaign can be better.

At the end of last year, we ran a “Design a Pet” campaign for Nonstop Knight and teamed up with leading artists on YouTube, challenging their communities to create a new character for the game.

Put short: we want influencers to collaborate with us on how a campaign can be better.

To make the partnership as seamless as possible, we gave the influencers an open-ended creative brief and let them present the campaign in their style, because we realised that if we dictated the approach, engagement would suffer.

The tonne of pet drawings and new players to Nonstop Knight was testament to those influencers leading the campaign’s creative direction.

More recently in May, we filmed a series of influencer videos for Nonstop Chuck Norris at Mr Norris’ home in Texas. We invited along social stars such Ross Smith, David Dobrik and Amixem, who we knew could create funny, engaging content within a very tight filming schedule.

We’d had brief discussions around storyboarding and general direction of the content before the shoot, but we knew these plans would change on the day.

Needless to say they did, and this should always be anticipated when working with influencers in person. Most disasters in these situations stem from a lack of shared understanding between brand and influencer.

In fact, one of the most effective moments of the shoot was filmed on the fly. One late addition to the shoot saw Mr. Norris giving a trademark headlock to David Dobrik and demanding his Instagram audience to “swipe up”.

This single clip, under ten seconds in length, drove close to 100,000 clicks (not including organics) to the Nonstop Chuck Norris store pages in under 24 hours.

The influencer world is young, fast-moving and fiercely competitive, which means to stay at the top you need to be masters of engagement.

On this occasion we teamed up with one of the many specialised influencer marketing agencies who are staffing their account lead roles with former influencers. This savvy move creates a more holistic offering to the client, with this individual able to balance the brand’s need to stay on-message with the influencer’s desire for greater creative licence.

Meanwhile, entertainment giants such as Viacom have evolved the process one step further, with the company taking on Snapchat star Shaun McBride - aka Shonduras - as a creative strategy consultant within their marketing group.

As part of the agreement, all collaborative pitches between Viacom and McBride will be branded with an “Approved by Shonduras” stamp.

It’s an interesting trend in how brands work with influencers to produce branded content, but here’s hoping this doesn’t signal a wider consolidation by mega-companies in binding top influencers to exclusivity deals.

Whatever approach fits your wider marketing strategy, working with influencers is an invaluable learning process for a PR or brand marketing pro.

The influencer world is young, fast-moving and fiercely competitive, which means to stay at the top you need to be masters of engagement.

So whether it’s learning how to grab a potential player’s attention in the first six seconds of a Facebook ad, or broader tactics on how to diversify your video content, mobile marketeers can learn much from the internet’s biggest stars.