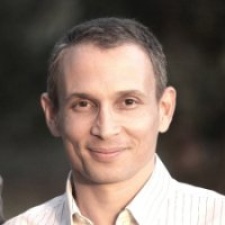 Itai Blitzer is Head of Data at Matomy.

Gaming apps are inherently different from non-gaming apps. Gamers may become emotionally invested in their favourite games – playing them night and day; whether at work, at home, or on the road.

A game has the potential to be as successful as Pokemon GO or even Angry Birds, becoming one of the most downloaded games of all times, spawning a cartoon series, merchandise, and a movie – or it can be a complete flop.

Since user behavior with gaming apps is different from non-gaming apps, it only makes sense that the process for maximising user acquisition and partnering with the right advertisers will be unique as well.

Zoom in and be user specific

Diving deep into data is central to succeeding and making the right decisions for your game. Gaming app developers need to understand their game position in the market, but also to recognise who their users are, who they would like to acquire as users, and how to best reach them.

Just because an average user acquisition cost exists, it doesn’t mean it relates to all user groups equally.

Just because an average user acquisition cost exists, it doesn’t mean it relates to all user groups equally. If the average cost per acquired user is about $1, throwing $100 dollars into your acquisition efforts probably won’t get you the mix of users you actually want, but this is still a common strategy.

Remember each user has their own cost and lifetime value. Make educated decisions on how to segment your users, pay attention to how their behavioural patterns differ, and ‘sell’ your game to each potential user on as personal a level as possible.

The data will provide you with the broad insights, making it easier for you to zoom in on each user. For example, the Mobfox data team recently deduced that if male users feel that an app is for gamers before downloading it, they’re much more likely to download it, whereas female users are less likely to do so.

However, the opposite is also true: if female users feel that an app is not for gamers before downloading it, they are much more likely to engage with that app.

Behavioural patterns and audience characteristics, such as the one mentioned above, combined with knowledge of the specific users your game attracts, should be utilised to drive your advertising strategy.

This can be as simple as targeting potential female users with one ad and males with another in order to leverage the data-based deduction and maximise campaign results.

Look inside your own data

The best advice I can give, and the part that is often overlooked, is the importance of analysing your own game’s data, your first-party data. Understand your app and how your users operate within it.

Ask yourself: What’s the cognitive and concentration level required to advance in your game, and how can you measure it to benchmark your users? What can you derive from your game’s identifiers about your audience?

If you consider the goals of your game, the rate at which users advance in game levels, and how they handle different tasks in the game, you’ll come across the most valuable data possible because it relates directly to your app, and no one else has it.

The best advice I can give is the importance of analysing your own game’s data, your first-party data.

Augmenting your unique, first-party data with a data management platform allows you to contextualise it and get an overall profile of your users. This way, you can be sure you’re partnering with the right advertisers and ensure that your game’s players receive the ads that they’re most likely to engage with.

When placing advertisements on your game, you need to think like an advertiser and consider who will be viewing the ad, which ads do they want to see, and how to bridge the two.

Indeed, there are designated tools built to connect publishers with interested advertisers – programmatic technology with a variety of ad formats to choose from – but, these tools are only a fraction as effective as they could be if relevant data is not at hand.

Every monetisation opportunity you pursue as a gaming app developer should be directly linked to and backed by data – whether you’re looking to acquire new users, create freemium features, or show ads on your app.

Use your data wisely

Nowadays, data is everywhere and with abundance comes confusion. As an advertiser or a publisher, make sure you’re using data that’s reliable, honest, and as close to first-party as possible.

Begin at home. By understanding your game, your users, and the unique market you operate in, you can maximise the benefit of the valuable information you exclusively hold – your own data.