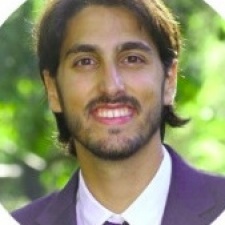 Daniel Herman is the Product Manager for interactive ads at IronSource.

While playable ads are the hottest ad unit out there, there are are still a few myths around the format which persist on both the app monetisation and marketing sides.

Below we go through some of those myths, looking at how playable ads work, how they impact gameplay or app performance, and the ultimate question - whether a 30 second ad can really capture the complexity of a mobile game.

Let’s start with some myths on the monetisation side.

Many developers are under the impression that serving ads with gameplay inside a gaming app is confusing, hurts user experience and distracts users.

However, playable ads actually help build positive in-app user experiences, since they’re designed to be as enjoyable as possible. This is why you typically see countdown timers on playable ads, because savvy UX designers understand that users feel better when they have the option to x-out - no matter the ad format.

Ultimately, user experience depends on the developer, and where you serve the playable ads will dictate how users view them. There are many ways to integrate playable ads so that they facilitate engagement and retention - especially if the ads are running on rewarded traffic.

Let’s get this straight: playable ads don’t crash apps. The gameplay in the ad might make you think that it’s heavy, and slows down or crashes apps. But that’s simply not the case.

First of all, your app runs in a native system environment, while playable ads run in a sandbox - and whatever’s in the sandbox can’t affect anything outside it. Thus, it’s technically impossible for a playable ad to crash your app. In the rare case that the playable ad itself crashes, your app still won’t be affected.

For example, we can compress the images into one file, so that the entire playable ad weighs about 1MB to 2MB. This is in contrast to video ads, which can weigh up to 4MB, and can take longer to load.

Many people might think that playable ads don’t work in emerging markets, where the majority of users have older smartphones with lower CPUs.

However, playable ads are optimised in order to support even the weakest smartphones. At ironSource we’ve tested playable ads on a range of different devices, some from up to six years ago - and the playable ads work fine.

If users in emerging markets can play a mobile game, they can play a playable ad, too. Ultimately, building playable ads is an art and a profession. If done right, companies with experience developing playable ads shouldn’t have a problem creating stable environments.

Now that we’ve covered a few myths about serving playable ads in-app, let’s look at one of the central myths that plague app marketers evaluating whether or not to use playable ads in their user acquisition strategy.

3. Playable ads are too short to convey my gameplay

Playable ads are usually quick, simple, and last about 30 seconds. How could you possibly show users all the complicated gaming mechanics you’ve worked so hard on in such a short snippet?

You don’t. We’ve learned that when it comes to designing playable ads, less is more. The goal isn’t to show off your intricate gameplay, it’s to pique users’ interest and get them to enjoy interacting with your game’s characters and features.

The goal isn’t to show off your intricate gameplay, it’s to pique users’ interest and get them to enjoy interacting with your game’s characters and features.

The quicker you can get your game’s message across, the better your playable ad will perform. After all, users who come across your ad are in the middle of playing another game - they may not be interested in diving into a completely new world.

The 30 second interactive ad is just the right amount of time to show users the best part of your game without losing their attention.

Interestingly, we’ve seen that some of the best playable ads don’t replicate gameplay at all. Instead, they focus on communicating the game’s theme.

For example, a complicated strategy game with multiple characters, a convoluted story line, and its own in-game economy, could be stripped down to a simple tower defense game.

It’s clear that playable ads are going to be a gamechanger. Playables are one of the few ad units to fully satisfy all parties involved: advertisers with high-quality users and reduced uninstall rates, publishers with extraordinary eCPMs, and users with an entertaining experience they can actually enjoy and get value from.

Soon we can expect playable ads to be a staple in every savvy app developer’s monetisation and user acquisition toolkit. The challenge will be in ensuring that developers and their partners treat playable ads almost like mini-games. The best playable ad campaigns involve deep analytics, a lot of A/B testing, multiple different features, and constant iterations.

Done right, however, the payoff for both publishers and advertisers could be huge.

IronSource opens up entire suite of interactive ads to all clients

3 reasons you should outsource production of your playable ad

Reply
Jason Stone
The biggest issue with playable ads is that they are being slotted into being served in placements where normally card ads/interstitials are used. They are much more akin to a video ad in terms of being unskippable/requiring thirty seconds of a users time.

So yes they pay more but they are a bad user experience when the user is confronted with one non opt in non reward based
Posted 3 years, 10 months ago