Deconstructing the secrets of MZ's success part one: The history 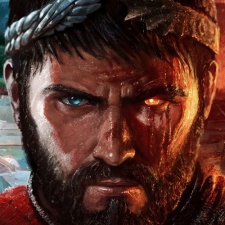 Anil Das-Gupta is a Product Owner at Wargaming.

This multi-part series will deconstruct Machine Zone's super successful games and look into the particular mid-core genre dominated by the company.

Obtrusive UX, confusing gameplay, dated graphics. These are just some of the subjective comments I hear from many of my peers in the games industry about Machine Zone's smash hits Game of War, Mobile Strike and now Final Fantasy XV.

And yet despite these criticisms, Game of War was a top five grossing game for over two years, its successor Mobile Strike has joined it at the top of the free-to-play mobile game pile and the third in the series, a tie-in with Square Enix for Final Fantasy XV: New Empire has seamlessly transitioned into the top 50.

Numerous other companies have copied these games and seen success too. But how and why do these games do so well, and what can we learn from them?

This series of posts takes a holistic view of this game category known as 4X games, breaks down some of the key designs and features of the genre, discusses the monetisation drivers, and finally, makes some predictions of where these games will go in the future.

Throughout the series, I will refer to Machine Zone as the example and a benchmark.

Game of War calls itself an "... interactive Action Strategy MMO GAME" which is a good start to try to describe the genre type that this game occupies. I'd use a slightly different and more old school term: 4X.

This is a term originally coined in the 1990s to describe PC strategy games in which players control a kingdom and explore, expand, exploit and exterminate. Some games that you may be familiar with that use these mechanics include Age of Empires, Civilisation, Alpha Centauri, Total War: Rome and Master of Orion.

Whilst a lot of these games are thrown into one melting pot (action strategy / midcore games) and fight over very similar players, it must be noted that each genre of game is completely different to one another with many different nuances and unique game structures.

These web games had been developed by small fledgling games companies that had tried to create online 4X PC games but which had made some changes based on technical ability and resources of the studio.

Rather than making a highly proficient battle game such as in Age of Empire or Total War, battles were a purely metagame-driven interaction - you didn't even see the battle take place!

Instead, the developers utilised the power of the internet and connectivity to create a game of Alliance and Social interplay where teamwork and betrayal were the order of the day.

Back in 2011, midcore was only getting started on mobile and Kabam's advantage of having a large userbase playing their game already meant that many players came into their mobile port to give it a big initial boost.

Perhaps unwittingly they had also found that mobile was an even better platform for their game than Facebook or the web. The ability to send push notifications to players or for them to chat to each other via other messaging programs other than using the game made it an even better fit than Facebook.

The game was a big success for Kabam and they decided to reskin the game with a licence to create The Hobbit: Kingdoms of Middle Earth to tie in with the motion picture release in late 2012. This game was also a big success for the company laying the foundation work for 4X games on mobile.

However, it's fair to say that despite these games being big successes it wasn't until 2013 when VC-backed Machine Zone released Game of War that the 4X game truly had it's day in the sun.

The story of Machine Zone

Machine Zone (or MZ as they are now known) is a fascinating story in itself. Originally founded in 2008, they were originally called Addmired and produced widgets for MySpace call AddHim and AddHer which were Hot-or-Not style plugins.

Whilst it's fair to say these plugins didn't set the world alight, the tech stack and social networking know-how clearly ran deep in the company and would later be used in an extremely lucrative way - through connecting players via a social network based around a game.

In 2009, the company pivoted to free-to-play games and released titles such as Original Gangstaz and iMob, which were reasonably successful but still nothing like the sort of a success that a VC-backed company is looking for.

It's rumored that MZ realised that they had the technical know how to make a world-class mobile social network but didn't have the userbase to make it worthwhile.

They therefore decided to make a game that they were confident would get a big enough userbase to make it worthwhile and began working in 2012 on Game of War with an 80-man team working for 18 months to make it happen, including the creation of a messaging infrastructure and language translation layer that would allow worldwide participation in the game's alliances and chat. But more about that a bit later on.

I find the story of Machine Zone pretty inspiring as it shows that even if you've had setbacks in the past, it's still possible to turn things around. I've been to see their CEO Gabe Leydon give a talk before and he comes across as a very passionate leader. Clearly, he bet big on making Game of War, which paid off big time.

If you look at the revenues MZ pull in daily with the small number of games they operate it's hard not be jealous. They identified a type of game / gameplay that was popular on PC, noticed it had been ported to mobile but improved on it to maximise the amount of money players would spend on it.

They created a blue ocean in a spcific sub-genre of midcore and dominated the sub-genre so much that 4X games are now the most bloody of red oceans for competitors to try to get into.

But how they did they achieve this? Find out in the next part of our look at 4X games as we delve into some of the core game and system designs that are behind one of the biggest in the industry.

Deconstructing the secrets of MZ's success part three: Monetisation and the future of 4X games

MZ’s Final Fantasy XV: A New Empire rakes in $380m in one year