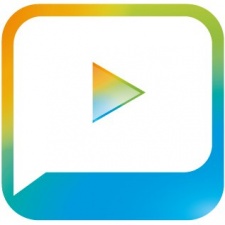 The ability of YouTubers to drive their vast legions of fans to download games has become one of the most important forces across the global games industry. However, in a free-to-play world, installs are only part of a game's route to success.

To really make money, mobile games that are free to download must also engage and retain. Until now, though, YouTubers have rarely been able to help keep mobile gamers playing and paying.

That's something PlayCom's latest technology has been created to change. Named PlayClips, it lets studios of every kind enjoy a lasting success by harnessing YouTuber influence to boost not just installs, but equally engagement and retention.

And studios that have already used PlayClips in their mobile games have seen a factor-five decrease in CPI, a powerful boost to retention, and number one chart positions in 16 out of 17 targeted regions.

At a fundamental level, the way PlayClips works is simple. A stalwart feature of the most popular influencer gaming videos sees a small window placed over gameplay, showing a YouTuber reacting to the in-game action. It's a model that has made stars like PewDiePie millionaires. Those filmed reactions create a deep influencer-fan engagement, but until now, such an engagement has been passive.

PlayClips changes all that, by placing a YouTuber reaction window in a game as it is played. So rather than a player watching a game and the YouTuber's reaction, they play the game themselves, while enjoying their favourite YouTuber offer responses to their progress.

The clips are pre-recorded, and carefully placed to provide contextual reactions. To the gamer, it appears as if they are receiving personal responses from a YouTuber they admire. Take a look at the brief video below showing the technology in action, and the way PlayClips works is immediately clear.

But just how does this method actually increase distribution, retention, engagement and – most importantly – what a player is prepared to invest in a given game?

PlayClips changes the gamer-YouTuber paradigm from 'watch me play this game' to 'you can play this game with me'. The idea is that the loyalty fans have means they are more than ready to try a game they can play with their favourite YouTuber. This offers reduced, effective CPI.

The clips are carefully shaped to guide the player deeper into a game, particularly at the tutorial stage. This serves to connect users precisely with every mechanic the developer has created to make the game compelling. As such, players revisit the game more frequently, and stay for longer, fuelled by loyalty.

Installs and retention, of course, means more time and money is spent in free-to-play games. And all this can be done with very little effort on the developer's behalf. Installing PlayClips YouTuber reactions is simple, efficient, and is designed so as to never interrupt the flow of making the best game possible.

Among the first games that have used PlayClips, one saw its chart position climb to the number one position in an impressive 16 out of 17 territories. That figure increases to 17 out of 17 first place spots in game-specific charts and achieved three million additional downloads through a single YouTuber campaign, as well as a 35 per cent increase in user retention.

The technology is equally conceived to be particularly powerful for those creating social or casual games – such as slots and match-3 – strategy titles and PVP mobile releases. And PlayCom is currently partnering with more studios working on those types of projects, from teams who are interested in integrating PlayClips.

Indeed, PlayCom is confident in the power of PlayClips, they guaranteed seven-digit quality installs for games with PlayClips inside.

A team of five from PlayCom will be on the floor at Gamescom in Cologne this year, and will meet with anybody who wants to see how their next game can benefit from that kind of success. The team can be reached at info@playclips.com.