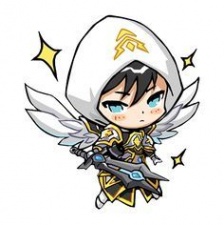 The divide between console/PC eSports and mobile eSports has never been more stark.

In Seattle, the best Dota 2 teams in the world are duking it out for a share of a $24 million prize pool, while Arsenal top shareholder Stan Kroenke has just shelled out a cool $20 million to buy a slot for an LA-based team in the forthcoming Overwatch League.

He joins eight other team owners who between them have spent $180 million for the chance to build an operation they hope will see Activision Blizzard’s colourful shooter compete alongside - and eventually surpass - League of Legends, Dota 2 and Counter-Strike: Global Offensive.

In that context, Com2uS’ announcement of the first Summoners War World Arena Championships, in which players compete for a share of $100,000, appears small beer.

However, the news Summoners War has broken the $1 billion mark in terms of lifetime revenue highlights just how mobile game companies are using eSports in a different way to the established console/PC eSport titles.

This approach is partly the result of the nascent nature of mobile eSports.

For example, Valve’s first The International event was held in 2011, while mobile game companies have only been talking about ‘eSports’ seriously since 2015.

More significant is the underlying nature of mobile and console/PC games.

The console and PC games that have become popular in eSports are typically fast-moving, large-scale, team-based experiences, with plenty of opportunities for commentators and spectators to highlight, witness and get excited by audacious skills and spectacular kill streaks.

In contrast, because they are designed for short session/long-term retention play on touchscreen devices, mobile games are typically focused on metagame, not gameplay. Few of them are visually spectacular and while guild and alliances are a very important part of monetisation, these structures aren’t designed to enable dynamic team-based action.

Most mobile game devs are now looking to add eSports into their already successful mobile games.

This is the reason that while some developers - notably Super Evil Megacorp, which has just raised another $19 million - are trying to make successful eSports games for mobile devices, most mobile devs are now looking to add eSports into their already successful mobile games.

One example of - and precursor to - this approach was the success of Summoners War within the Amazon-organised M2: Mobile Masters Invitational in June.

Alongside Super Evil’s Vainglory and PC/mobile eSports stalwart Hearthstone, Summoners War was one of three mobile games selected, and was the game that generated the most audience reaction.

That was a surprise - even to Com2uS - as Summoners War, which is a grindy single-player RPG, is the least eSport-friendly of the three in terms of conventional wisdom.

But because it has the strongest audience, both globally and in the US, its lack of traditional eSports hooks didn’t matter.

Of course, Com2uS has been adding new features to make the game more eSport-friendly, with March’s addition of a real-time PVP arena key to the game’s future as a mobile eSports title.

Significantly this - when combined with the knock-on impact of the Mobile Masters Invitational - saw Summoners War hit its highest position ever - fifth - on the US iPhone game top grossing chart during the following week.

In this way, it appears that mobile eSports is developing in reverse to console/PC eSport games.

With the exception of Supercell and its ability to attract massive audiences for any new title, what’s happening is eSport features are being retrofitted to mobile games which already have strong existing audiences and monetisation.

If this trend continues, mobile eSports will develop as a subset of the mobile game industry: just another available technique for live op teams to use to retain and engage with audiences over the long-term, as well as providing additional organic installs.

What it won’t become is a subset of - or competition for - the dedicated eSports sector.

Given the flexibility and abandon with which the term eSports is being used in both the mobile game industry - especially in China - this has the potential to become very confusing.

Not that Com2uS is likely to care as it prepares for Summoners War to become a $2 billion mobile franchise.

Want to learn more about eSports? We'll be hosting an eSports Academy track at Pocket Gamer Connects Helsinki 2017 on September 19th and 20th.

Com2uS on the potential of Summoners War as an eSport