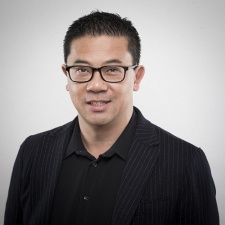 Tung Nguyen-Khac is the CEO of Spil Games.

The gaming industry has a reputation for being high-risk, high-reward. The common perception is that a popular game can be huge in financial terms but to produce a hit you need to experience failures, invest heavily, or you need to be lucky.

There is an element of truth in this perception but there are ways to improve the chances. Gaming is a business like any other and I would suggest we need to get better at reducing the risk.

The mobile games industry is worth $40.6bn worldwide so it offers enormous potential, but tapping into that market should be carefully weighed.

All games start with a great idea. But too many are rushed into development with little thought about their business potential. It’s a great game to play, but will anyone pay you money to play it? This has never been more important to analyse than in the free-to-play era.

For instance, when we looked at transferring some of our games from web to mobile we first assessed the audience. 18 to 25-year-olds are the largest group of players, and they can drive installs. But 25 and up are more likely to spend money by making in-app purchases.

Our game Operate Now: Hospital is a good case study. There is a fine line between a hit and a miss and some of our strategy was about building on our own DNA.

But much of our approach was about reducing risk and although Operate Now: Hospital cannot be said to be a huge hit on mobile yet, having hit five million installs in three months, it is certainly showing positive signs.

As a surgery simulation game on the web, it is hugely popular with one billion game plays to date. And, when combined with the other elements that we’ll discuss later, it is a genre that’s not too competitive in the shark tanks of the app stores.

These are both factors that reduce risk and that’s why we picked this game IP as one of a handful we would produce for mobile.

But simply porting a web game to mobile represents a risk in itself because the revenue model is different. On the web, advertising is the revenue driver. On mobile, popularity is currently only one part of the equation. We need people who spend money within the game via in-app purchases.

That risk analysis drove a chain of decisions that resulted in an approach for a new game, one where the risk was much lower. We want people to make purchases - we should target an older age range - the game itself has to be re-imagined to appeal to that new audience.

Operate Now: Hospital for iOS and Android is the game that resulted and while it is still a surgery simulation game at heart, it is much more sophisticated than its forebears.

The game has a head start with brand awareness, coming as it does from the already successful web IP. Plus, we can actively cross-promote the mobile game from our other platforms.

Because we are now targeting an older audience with a higher revenue potential, the look and feel of the mobile game have become more grown up.

The transfer to free-to-play means we have to think about revenue differently and the game now includes a hospital management element that provides many more opportunities for revenue generation. This also, we think, makes the game more engaging.

It also includes a narrative element - it’s a TV-style hospital drama as well as everything else. That was designed to improve engagement and, importantly, retention for our new target demographic.

People are more likely to pay within a game if they are revisiting it for a second or third time. Wanting to know what happens next in the hospital drama is a major reason for coming back to the game.

The mobile game inevitably took more investment than the web games it originated from. But we balanced the risks so that we didn’t have to invest heavily in promotion.

The approach we took was about creating a more satisfying game for 25+ audiences on mobile and therefore increasing the opportunities to generate revenue. There was never a guarantee of success but we reduced risk wherever we could.

Actually, we didn’t get things completely right. Risk management continues even after the game goes live. There are so many fine lines in game design, and we have to assess how audiences are responding and tune the game to maximise its potential. Testing will expose some issues but only when you have a serious number of players do you see the whole picture.

With Operate Now: Hospital, players enjoyed the surgery aspect of the game. Our risk analysis that led us to this genre seems to be paying off.

However, because of the new elements in the game, many felt it was taking too long to get to perform the next operation. We could track users through the game and see that this was affecting retention.

Our risk analysis told us that simply increasing the number of operations would make the game less challenging. Instead, we increased the number of hospital management missions to keep players engaged between operations. The retention numbers improved.

Time will tell what level of success will come from our low risk strategy. But only three months after launch, the signs are positive for Operation Now: Hospital.

It’s growth has been 95% organic (it didn’t have a multi-million dollar advertising budget because that’s too high risk). It has racked up five million installs and hit D1 retention rates of 50%+.

And the ultimate proof for the low risk strategy - it has already passed break-even.

This is a good start, but it’s only a start. It gives us some confidence that the low risk approach works and we are applying it to other game brands right now. I’ll let you know how it goes.

Funny-to-play: Having the last laugh with a successful mobile comedy game