Have we gone too clever, got too niche? 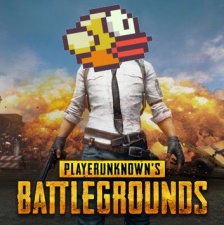 In some respects, February 2014 isn’t a long time ago.

But as the last time a brand new mobile game became a viral hit, Flappy Bird seems like ancient history.

Back then, with the world’s smartphone userbase over two billion, it appeared the combination of an interconnected world and the ease of distribution through app stores meant this sort of explosive phenomenon would be a regular by-product of a system in which everyone had immediate access to all content.

Some would argue the explosion of Pokemon Go in the summer of 2016 underlined this.

Yet despite all the headlines, given Pokemon’s status as one of Nintendo’s top franchises over the past two decades, its success was surely more about that game’s unique implementation of its IP than audience delight in a brand new experience.

Instead, whatever happened to those casual original experiences such as Angry Birds, Candy Crush Saga, Temple Run and Subway Surfers (or even Draw Something) which characterise the power of mobile games to get everyone playing?

I’ve been mulling over such thoughts with increasing frequency with every new metric surpassed by PC shooter PlayerUnknown’s Battlegrounds.

In Steam Early Access since March, the $30 game has sold more than 10 million copies and hit one million concurrent players and continues to grow, especially in China, which is now its biggest market.

Sure, these figures aren’t being measured in the order of hundreds of millions (or billions) as with mobile games, but within the once-moribund PC gaming market, it’s clear something has stirred.

Again, in many ways, PlayerUnknown’s Battlegrounds is nothing if not a mass market experience. You require a powerful PC to play it and 99% of players will fail, at least in terms of not winning one of its battle royale matches.

Yet, as both as player and, significantly, a spectator experience, PlayerUnknown’s Battlegrounds is clearly expanding the market for core PC shooters. Why?

Without going too deeply into its genesis over various years and through various games and mods - ARMA 2, DayZ: Battle Royale, H1Z1 etc - it's important to point out PUBG hasn’t appeared as if by magic.

It’s bubbled under, condensed iteration through iteration, although always with a clear core concept: up to 100 players drop into a map, but only one rejoices to read the phrase “Winner, Winner, Chicken Dinner”.

This tension makes it a very compelling experience, especially for spectators watching a livestream. In that regard, a large part of PlayerUnknown’s Battlegrounds’ success has been leveraged from the easy global reach provided by Steam and Twitch.

One key difference between the PC and mobile game markets is the role of gameplay.

PlayerUnknown’s Battlegrounds doesn’t do anything new in terms gameplay but effectively the experience is all about that gameplay.

The debate about the balance between gameplay and meta-game in mobile games is long and remains under-developed but what is certain is F2P mobile games are the most meta-game orientated of any gaming sector.

Mainly this is due to the sector’s characteristic short duration, high frequency sessions. The deeper the gameplay, the harder it is to retain players. A corollary of this is mobile games are - almost by design - graphically unspectacular, especially for spectators.

There are many reasons mobile games haven’t taken off on Twitch, and mobile-first options such as Mobcrush and Kamcord failed. But with Clash Royale the top ranked mobile game on Twitch, ranked at #37, followed by Summoners War at #65 and Vainglory at #87 (at time of writing), it’s hard to see this situation fundamentally changing anytime soon.

Not that mobile games need to rely on anything other than their own methods of virality. People spend enough time within mobile social networking apps not to require additional vectors of attraction.

Which brings us full circle.

Despite being the single largest segment of the games market - worth up to $40 billion annually, if you believe the market intelligence folks - mobile games are becoming ever more culturally invisible.

The ecosystem still holds the potential for the next Flappy Bird to explode across two or three billion touchscreens, but industry trends are heading in the opposite direction. Mobile games are targeting existing niches and becoming more complex and in more complex ways.

Maybe AR will provide the disruption creators need to reset their horizons?

But with VR currently a blip despite almost 200 million live ‘VR-ready devices’, it would be an optimistic outlook, and - Pokemon Go aside - not one that would appeal to the mass market audience of an Angry Birds or Candy Crush Saga.

Maybe we just have to accept those days are - indeed - now ancient history?