Can mobile gaming move from rinse-and-repeat to more meaningful moments? 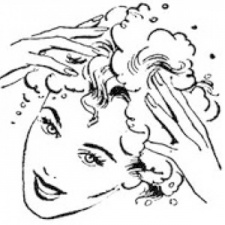 I play a lot of free-to-play mobile games; according to my YouTube log, at least 107 during the past 14 months.

But more than volume, covering the market means you play a few games a lot.

And it’s this which has inculcated me into a state that runs counter to the very tenets of traditional gaming.

Instead of raising my emotions in joy or despair, repeated exposure means individual victories or defeats are marginalised. After all, if you’re playing a game for weeks, months and years, it’s because its metagame draws on you.

The gameplay is just the means to the end.

In this way, winning a Squad Arena battle in Star Wars: Galaxy of Heroes, for example, isn’t a cause for celebration. After all, I’ve won 210. However, when I hit 500 victories, a tweet will - likely - be very much in order!

It’s the same situation with C.A.T.S., Zombie Gunship Survival, The Walking Dead: March to War and the other F2P mobile games I’ve been grinding on for months. Victories and defeats quickly become subsumed to more abstract, long-term goals.

For most F2P mobile games, the gameplay is just a means to an end.

Ol’ Marshall McLuhan was right again. The medium of F2P mobile games - long-term retention - is very much reflected in their message - the ‘now’ is disposable.

Although it’s hard to find much gameplay in the games dominating the top grossing lists, it is there, albeit in watered-down form.

Match-3 is perhaps the prime example, being ideal for short, touchscreen sessions that require little skill and integrate well with in-game economies. Card games like Clash Royale may appear to require more gameplay skill, although clever matchmaking means the ratio of wins to losses can be managed in such a way as to retain a player’s interest no matter how lacking in skill they are.

Even beat-em ups like Marvel: Contest of Champions and the forthcoming Tekken Mobile managed to downgrade the complexity of their gameplay heritage into simple variants of rock, paper, scissors, with character levelling and collection providing the deeper long-term attraction.

Still, there is the potential to reset this situation, although we need to be careful what we promise.

Because most game designers - even good F2P game designers - want to cut loose and feel the wind blowing through their hair as they come up with clever, spectacular or even just interesting real-time gameplay situations, it’s always tempting to proclaim the gameplay revival is at hand.

It’s always tempting to proclaim the gameplay revival is at hand.

The reality is F2P mobile games are the sector’s largest single category, generating around $40 billion of annual revenue and that sort of metagame-dominated monetisation - loot crates and the like - is only growing, even within premium games such as Destiny 2.

Put another way, there are strong psychological and economic reasons why Fire Emblem Heroes has generated significantly more revenue than Super Mario Run.

Yet the impact of industry trends, especially PVP, esports and streaming, means we can - and should - expect the mix of mobile games to change, and perhaps even the dynamics of what’s considered ‘a success’ too.

I recently asked ‘Where is mobile gaming’s PlayerUnknown’s Battlegrounds?’ not to demand a mobile Battle Royale game, although I’m sure plenty are on the way.

For as PUBG continues to rack up concurrency records on a seemingly weekly basis, and games such as Epic’s Fortnite quickly pivot into the new market to avoid the fate of Lawbreakers - a well-reviewed game without an audience - you know the rules are a-changing in a significant way.

Now, personally, I’m not convinced what mobile esports will actually turn out to be (if anything), but a low-level revival in esports-related genres is gaining pace. Touchscreen team shooters as varied as Guns of Boom and Critical Ops have traction, while Gameloft has a lot riding on the success of Modern Combat Versus, which is designed from-the-ground-up as a 4v4 multiplayer shooter.

Have we reached peak monetisation?

Even Vainglory’s second world championship marks some sort of milestone: CEO Kristian Segerstrale calls it, and the update to make the game a 5V5 experience, “arguably the biggest moment in Vainglory history”.

Will any of these titles end up as top 10 grossing games? Pretty unlikely I think, but that doesn’t mean these aren’t, or won’t be seen as, successful mobile games on some level, because - let’s face it - at this stage of the mobile gaming market, we’re not going to see the rise of another MZ, Supercell or King.

Perhaps the best current example of this rationalisation of expectations is provided by Supercell’s Brawl Stars.

On one hand, the most recent update boosted the game to the #1 top grossing game position on the Canadian iPhone App Store, if only for a day. Indeed, if you compare the first three months of its soft launch to the respective period for Clash Royale, you could be asking yourself: does Supercell have a flop on its hands?

I’m sure the developer will continue to look for ways of improving the game’s monetisation, but as pointed out by experts, compared to Clash Royale, Brawl Stars has very different monetisation.

Perhaps the question for the wider mobile games industry is, is this weak monetisation design or very good gameplay design that limits monetisation.

In other words, have we reached peak monetisation and will all of us, over time, end up recalibrating our reactions to success and failure?

It’s something I have been pondering, albeit with visceral nervousness, as I attempt another run through PikPok’s survival zombie shooter Into The Dead 2. Thankfully, I think we can safely categorise it as offering a highly extreme case of in-your-face gameplay.

Genius: Why Clash Royale is for losers