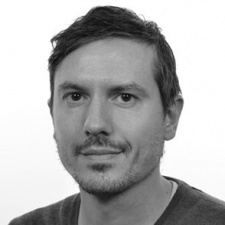 Ignasi joined Tappx in December 2016 as CMO. He is responsible global marketing strategy. He is a seasoned digital marketer with a decade of experience.

In addition to his CMO role at Tappx, Ignasi has a part-time role as an Associate Professor of Digital Marketing at Pompeu Fabra University, Barcelona.

Prior to Tappx, Ignasi has held senior roles such as Head of European Marketing at leading app monetisation firm Appodeal, and Innovation Manager at Grupo Planta, a leading Spanish communications group. Ignasi holds a degree in Philosophy from The University of Girona and two master’s degrees in Marketing.

Ignasi Prat is CMO at Tappx.

Match-3 type games are ubiquitous in the mobile gaming world, where Candy Crush Saga is perhaps the best known example and ambassador for the genre.

These games tend to occupy the leading positions across the top grossing and download app store charts. This isn’t at all surprising since these games target a broad demographic, are easy to pick-up-and-play and are highly effective at delivering addictive, dopamine-inducing mobile gaming experiences.

But the match-3 gaming genre is highly saturated as gamers have hundreds of thousands of titles to choose from.

It’s a challenge to differentiate these types of games and only hardcore match-3 gaming aficionados will be able to identify what the main differences and nuances are between the raft of options available.

The mechanics of match-3 games

These are deceptively simple. Designers have to labour over many different games elements such as objects definition, the attributes and objectives/goals of the game.

Then there's also the number of levels necessary, custom level design and complexity, game narrative, optimising the frustration/difficulty settings for levels, the reward and punishment programs in place to keep players playing, or whether or not to include social skills to create a multiplayer game.

To maximise chances for success, developers should conduct detailed research on what their audiences want and what market trends are dictating.

Don’t build a match-3 game which you personally would love to play, but create a game that will be loved by the widest audience possible.

Don’t build a match-3 game which you personally would love to play, but create a game that will be loved by the widest audience possible.

Many view match-3 games as similar to human logic puzzles - this viewpoint is only partially correct.

Visual art styles and in-game narratives have a lot of influence on the practices and processes which are designed to hook users.

When these elemare ents correctly synchronised and consistently built upon, they draw the player in, enticing them to play again and again.

To retain players and keep them coming back for more, you must ensure the right set of features mentioned above are included and implemented in an appropriate manner.

But never treat your game as a final product - view your match-3 game as an evolving entity. The mechanics that hook in players could work against you, and make for an uninteresting experience in forthcoming levels, because the player gets the sensation that they’ve played it all before.

The secret sauce is to surprise players with a constant stream of new mechanics (e.g. the chocolate or bombs in Candy Crush Saga). It’s imperative to give players fresh, new and constantly challenging game mechanics and ideas, encouraging them to adapt to new game playing styles and strategies.

It’s well known that game mechanics and monetisation strategy are two faces of the same coin. They are intrinsically bound, with both pointing towards the same objective, i.e. maximising the revenue of a mobile game.

The majority of match-3 games use in-game purchases and integrate advertising as the primary monetisation model.

The majority of match-3 games use in-game purchases and integrate advertising as the primary monetisation model.

In-game purchases rely on the long-term retention, or the low patience, that casual players have in match-3 games. They are based on offers to players to purchase items, which in exchange help them progress faster and further in games.

In-game purchases are relatively inexpensive, but very effective, as pricing often ranges between $0.99 to $9.99. It’s not a huge deal in monetary terms, but it represents a significant psychological hurdle for players who have never purchased in-game before.

Once players have had a taste for getting gameplay elements quickly for a small amount of money, this increases the probability for repeat in-game purchases in the future.

Converting a non-paying gamer into a paying in-app consumer is a challenge. There are tactics to breaking this mental barrier. These include options such as offering incentives like limited time special offers, discounts and free items for first-time purchasers. In match-3 games, subtle changes such as these can drive positive results.

In-game purchases assume that only a small portion of your players will spend money on them. For example, if we acquire users by paying $3 per install, and we know that on average only 15% of players conduct in-game purchases, you’ll need to get $20 for each paying user to break even during a defined time period.

In-game purchases can reach this goal easily, since you can start incentivising players to pay at low rates. As players progress through the game, payment rates increase because enjoyment and retention levels rise along with the challenges, and this increases the probability of them paying more.

In case revenue per player is low, you’ll need to leverage the rest of the player base by displaying ads to the audiences.

There many ways to impact audiences by using ads. To succeed using this revenue model is more than simply putting ads in the game. You’ll need to understand the user flow and needs and how they can be integrated within the game mechanics, story and design.

But by utilising ads, you can ensure that 100% of your audience is being monetised. Currently, one of the hottest ad formats are rewarded video ads, where players opt-in to watch video ads and are then rewarded with game assets such as in-game assets or in-game currency.

With the main app stores crowded with match-3 games, making them profitable isn’t an easy task, but it is possible. If indeed you discover “the key” or “secret sauce”, the development and publishing of match-3 games can be highly lucrative.

In order to capture the attention of big spenders or users who purchase sporadically, match-3 game developers should constantly introduce new features and virtual purchases across different price floors.

Continuously test new ad formats and moments of impact. And importantly, prioritise what your audiences want and target them through features based on their needs and demands.

Exploring the links between 4X games and mobile monetisation