How StormX is using Bitcoin to power user acquisition 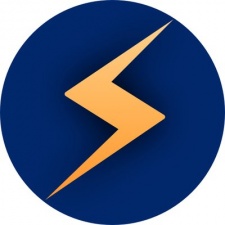 Buzzwords like cryptocurrency, Bitcoin and blockchain are flying around the globe right now.

The value of Bitcoin is surging, and more and more companies are opening up to using cryptocurrency in unique ways. Whether for basic transactions or raising funds through initial coin offerings (which act in a similar way to an initial public offering), there’s value to be found in this exciting new space.

One company making a name for itself is blockchain adtech company StormX. It recently joined the IAB Blockchain Working Group to further its involvement in building out the blockchain in the digital advertising ecosystem.

Its mobile app Storm Play lets users to earn free STORM Tokens, Bitcoin and Ethereum for trying out new games, products and services. It’s pitched as an app for those familiar with the world of cryptocurrency and those who are just starting out.

Importantly though - the offer is simple. For the user, they pick an offer and complete the objectives set out (like getting to level two of a downloaded game) to earn a cryptocurrency reward. For the publisher, they’re getting a user that is actively engaging with their app driving better ROAS.

Storm Play has already amassed hundreds of thousands of users and continues to grow with its unique business model.

The idea behind the app is to make it more cost effective for app publishers, product and service providers to acquire quality users, particularly in an industry where UA prices continue to soar.

They offer advertisers the traditional CPI/CPA model and also offer an engagement model (CPE). This flexible model allows advertisers the opportunity to pay on a tiered basis. So instead of paying $5 CPI - with Storm Play you can set tiers of success and you pay only when those are hit. So it might be an install for $2, registration/sign up $1, level three achievement $1 and active user for 30 days $1.

StormX says its app offers a fun and gamified way to play and earn by having users completing multiple objectives, which it likens to rewards you might receive from completing a quest in a game like World of WarCraft.

No SDK is required and publishers only pay for users who engage with their app based on their specific key performance indicators (KPIs).

Publishers can also target campaigns at specific user demographics, track results in real-time and get support when needed from the StormX team, all aimed at helping drive qualified installs and engagement.

One previous Storm Play user case study is that of mobile games developer Kooapps, which wanted to acquire new users to promote the most recent version of its game Pictoword. Working with Kooapps, StormX learned that users had a higher retention rate when they reached level three, so the objective of the campaign then became providing a reward for new users who installs and play through three levels.

The results led to thousands of engaged users, and of those, over 73% who completed the objective and earned their reward ended up playing past the level three objective in Pictoword.

The idea of rewarding advertising is nothing particularly new. But where Storm Play differs is ensuring user engagement for monetary reward in cryptocurrency.

You can check out what StormX has to offer on the official website.