Manage your emotions, get better at your job

Rovio London's Will Luton on working 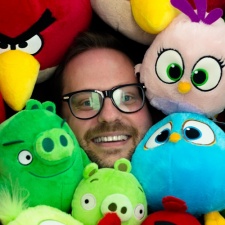 Will Luton is product lead at Rovio London.

Disclaimer: I’m not a psychologist and while there seems to be some solid science (and some equally solid criticism) behind the concept of Emotional Intelligence, my knowledge is mostly gained from airport bookshops. However, here I share my own experience.

When I started in games, I sucked at my job. It’s not that I wasn’t smart or that I didn’t have the skills. I sucked because I wasn’t good at recognising and managing my own and others’ emotions.

Making videogames is 99 per cent coming up with non-awful solutions to fuzzy problems with a group of weird strangers under terrifying time pressure. I used to believe that getting through this hot mess was about being the most right and winning the most arguments.

When people didn’t agree with my argument I would get frustrated, become angry and shut them down. Didn’t they know I’m the most right? When other people became frustrated I continued to push my point. This behaviour is a great way to piss people off.

Naive young Will had a whole skillset missing. A skillset that made others better leaders and colleagues. Over the years I started to spot patterns in my mistakes and became less sucky at my job. Yet it’s only recently that I discovered a name for what I was missing: Emotional Intelligence.

Emotional Intelligence, often written as EQ (Emotional Quotient), is your own ability to perceive, use, understand and manage the salad of emotions we encounter in ourselves and others.

High EQers know their own strengths and weaknesses, express their feelings without alienating others, always stay motivated and find people willing to help them. In other words, they get things done and people like them. Sounds useful.

Daniel Goleman, the science author who popularised Emotional Intelligence, claims that EQ is considerably more important than IQ in job performance. And for leadership EQ might be twice as important.

What’s more is that EQ is proven to be more malleable than IQ, meaning that with a focused effort an individual is able to raise their EQ more quickly than their comparatively static IQ. In short, to be better at your job you’re best off learning about emotions and become the cool, confident non-jerk you’ve always wanted to be.

How to improve your EQ

The general advice for improving your EQ focuses on improving three competencies:

Much like any skill, you’ll need to learn, practice and reflect to improve it. Luckily EQ learning resources are abundant. Daniel Goleman’s book Emotional Intelligence: Why It Can Matter More than IQ remains the defacto starting point, but you’ll also find online courses and articles all over the web.

Emotional Intelligence may seem like a hot fad for the middle management set, but much of the fundamental goals around better observing and interacting with emotion appear in Mindfulness, CBT (Cognitive Behavioral Therapy) and even Dale Carnegie’s management classic How to Win Friends and Influence People.

It’s common sense that being better at interacting with others and better at managing your emotions will make you more successful in anything you do. And so it’s no surprise where the science points us: Emotional Intelligence is the bedrock for the success of any team in games.

How we use emotional intelligence at Rovio London

The Game Outcomes Project is a research piece that correlates a working practices survey with a game team’s financial and critical success.

What’s most interesting in the researchers’ results is that factors like middleware choices or project management methodologies are insignificant, but team communication and old fashioned getting along are crucial.

It’s common sense that being better at interacting with others and better at managing your emotions will make you more successful in anything you do.

Another way to think about these results is: Emotionally intelligent people make the best games. So when me and Mark Sorrell (head of studio) began discussing what culture we wanted to build here at Rovio London we started from the foundations laid out by The Game Outcomes Project.

This means that as well as us seeking to improve ourselves in these aspects, we also sought others that exhibited the same skills. Now we dedicate as much as 50 per cent of our interview time talking with candidates about culture, with several questions aiming to uncover how much they are aware of their own and others’ emotions.

Our hope is that in building a team that has the awareness to navigate their own and each other’s emotions and by saying no to “brilliant jerks”, we will be on the path to making a much better functioning and more successful team. Plus there’s a side benefit: We’ll enjoy working here much more if we don’t have emotionally clumsy monsters running around.

So even if you don’t subscribe to the self-help cult of Emotional Intelligence, which is after all a made up name for being nice, I hope that you can see benefit in practicing how you perceive and interact with emotions.

I know that as I’ve grown in my career over the last decade that the most impactful gains I have made have been within soft skills. From management books to practicing mindfulness daily I’m now equipped with a greater EQ than Young Will.

And while I still get things wrong from time to time, I am a much better colleague and a much happier person.