Breaking down the key elements of a mobile game soft launch 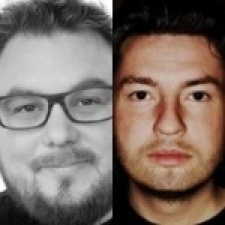 Every developer comes to a point when it’s time to introduce the product to future users. A soft launch is a first trial for your app when you can test its potential and reveal its strong and weak points.

Developers may have limitless amounts of devices and testers, but real users often do things that professionals won’t even think of. It’s true that people can click a hundred times on the same place in the interface or on a button, and at this point, a "completely-ready application" may crash.

Let's be realistic: not all developers can afford to have a fully-fledged QA team, while outsourcing this job may cost a fortune. To put it simply, users put their heart into testing and immerse themselves deeper into the app. Thus, a technical soft launch can also be called a "QA launch".

Additionally, outsourcing providers don’t know the product as well as the developer and have limited resources like number of iterations, testing period, etcetera.

The best countries for a technical soft launch with cheap traffic are India, Pakistan and Iran. In this case, you get $0.05 average CPI rate, while 1,000 installs are enough to check the stability of the application. It means you can run this campaign for as much as $50.

However, it becomes a bit more difficult with localised applications. They shouldn’t be soft-launched with cheap traffic, because they belong to a specific market. Users won’t understand a thing and you’ll get rubbish instead of feedback. Besides, this will help to avoid unnecessary costs for purchasing test devices.

When conducting a soft launch on Android, it's a good idea to go with flagship devices only. Normally, you will need around 10 top models. This approach will bring the most relevant feedback and eliminate hardware problems. You’d better immediately disable or limit older models in the developer panel, and if you want to reduce the share of negative and incorrect feedback when buying traffic, you should specify all the necessary restrictions.

All this applies to non-game applications in the first place. Soft-launching games is a bit harder. It requires game designers, analysts and monetisation experts, because in this scenario you get much more feedback and app metrics.

Alexey Adamovich: What does the term 'soft launch' mean for you?

Mikko Kähärä: Soft launch is a period when we introduce a title to a limited audience for verifying and testing the positive gameplay experience.

We follow game performance data, customer feedback and marketing efficiency closely and iterate development. The goal is to offer best possible experience to the players once the title is fully released and also make sure that we have a good business case with it.

How do you choose a country for soft launch?

We choose a number of countries based on the title’s core audience and business model to gauge scalability and marketing efficiency.

The goal is to offer best possible experience to the players once the title is fully released and also make sure that we have a good business case with it.

Since we focus on synchronous multiplayer titles, we also run tests in countries where we can acquire a high number of simultaneous players affordably. This also helps us test the scalability of our backend functionalities.

Is it true that Canada and Australia are the most popular options?

In the industry in general, this has been the case. They represent the wider Western markets quite well. Since it is very common for publishers to test their games in these markets, it might however tweak the big picture. Being a constant guinea pig with soft launch releases might affect the overall behaviour of especially early adopters.

Do you fix the install cost for each source before the soft launch?

We test with different kinds of UA tactics, campaign types, varied event optimisations, etcetera during soft launch with variable rates, although aiming for an acceptable level of CPI in the constraints of performance.

Is it a good idea to stop buying traffic from social networks and attract users only through search traffic from the app stores?

If it gets the job done better, why not. This would be quite unlikely, though. Search traffic can be very efficient, but I don’t see a scenario where it would provide 100 per cent of traffic. Search lacks event and value-based optimisation, which tends to be quite efficient.

When buying traffic, do you focus on a targeting a narrow or wider audience?

It's a mix of these. Also we do utilise lookalike audiences quite effectively. On Facebook, this means that we can create similar audiences based on well performing player cohorts, utilising their algorithms.

What do you think is more important in soft launch: to test the build or to check game mechanics and monetisation performance?

Game mechanics and monetisation performance. Mainly focus on retention and life-time value estimations, along with testing the optimal user experience. Big bugs need to fixed before going into soft launch.

Can you name five key metrics that you outline during the soft launch?

Have you ever had to cut an in-game onboarding after the soft launch?

Onboarding / FTUE is a key process that is continuously iterated and developed. It can be increased or reduced. Onboarding is about getting feedback and not about the amount of technical work.

How much game content is enough to soft launch a title?

The core loop needs to be clearly on board, along with sufficient metagame elements and monetisation.