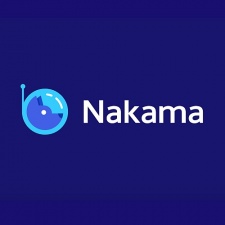 Today we at Heroic Labs are excited to announce the 2.0 release of the popular open-source server Nakama. Nakama's first release was made public in January of 2017 after extensive private usage within various studios and has seen incredible growth and adoption since.

Together it includes all the capabilities you need in a scalable server to build games like Clash Royale, Candy Crush or Game of War all the way to FPS, MMOs and beyond.

As open-source technology, you can depend on the server code and infrastructure which is transparent and flexible to suit your needs. It can be used as a stand-alone server for your entire backend, or can be extended to plug into your existing systems to add features you’re presently missing; and can be integrated directly into your business intelligence services such as analytics and liveops.

As we’ve built towards the release of 2.0, we’ve had over 25,000 servers running in 60-plus countries around the world from developers and studios of all sizes. All the way up to public entertainment and media companies using Nakama to standardise their backend for existing platforms and allow them to move faster into uncharted development and market opportunities such as Facebook Instant Games.

Nakama 2.0 comes with a large selection of new and powerful features that have been requested both by our developer community and the studios whom we work directly with and support us. Some of the new features include:

You can read about each of these and all other new features in further depth on our announcement blog post.

Heroic Labs continues to provide ambitious game studios with state of the art developer tools and server infrastructure with open-source ownership and transparency over their core services.

When you start a new project, a new studio, or go after a new "blue ocean" opportunity - why reinvent the wheel and build your own infrastructure from scratch? It’s expensive, time-consuming and complex to achieve alongside all the other challenges to build social and real-time games.

Nakama is a proven solution which scales to millions of concurrent users for all types of gameplay, which allows you to accelerate your development cycles and get your games to market faster and focus on what studios do best - building great games.

We encourage studios and developers to join our community, get involved and contribute to the server as it grows. Together we will continue to build powerful infrastructure for the games industry that is flexible for new and existing opportunities and platforms that come to life as the market continues its monumental growth.

P.S. We’ll be at Casual Connects in London later this month. If you’d like to meet with a member of the team, feel free to reach out to us and we’d be happy to arrange a time.

Reply
Pallav Nawani
Nakama would be even nicer if it supported IPV6. Because of lack of IPV6 support, smaller developers would not able to get their game approved by Apple since it is one of Appstore Approval requirements.
Posted 4 years, 1 month ago

Reply
Alim Jaffer VP Product at Heroic Labs
Hi Pallav - there are numerous games using Nakama which are available in the App Store. For any production deployment of Nakama you would use a loadbalancer in front of Nakama which would handle IPV6 and SSL termination. Hope that helps clarify! :)
Posted 4 years, 1 month ago