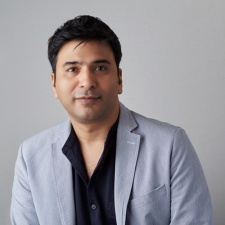 Vikas Gulati is head of global performance and managing director, APAC for AdColony.

If Google’s Stadia announcement was a bright and loud call for a change in the way many play games among the games makers and players, then Apple’s Arcade announcement was the sad trombone noise.

That’s not because it was overshadowed by Google’s new streaming gaming concept. Rather, Apple itself buried Arcade by putting it under the umbrella of its overall subscription play, with News+ and TV+ stealing the spotlight and the interest of consumers – and most tech/media publications.

While it’s safe to say that most people care about news and television more than they do about mobile games, this move by the tech giant – and purveyor of 800,000-plus mobile gaming apps – must be significant. If it’s Apple it has to be… right?

While Apple Arcade can, and will, appeal to a subset of both of these communities, it is such a small portion that it’s not statistically significant and as such it won’t forge new user behaviour trends nor alter traditional marketing and monetisation models. Apple Arcade will not “change the game”, so to speak, for the mobile games industry at large.

Apple Arcade will not 'change the game', so to speak, for the mobile games industry at large.

We don’t know everything about Apple Arcade, because in typical Apple reveal fashion, the focus was more on the concept than the logistics.

What we do know is that Apple Arcade will offer 100 mobile gaming titles at launch, with a sequel to Beneath a Steel Sky, as well as games from Konami, Sega, LEGO, Annapurna Interactive and involvement from Hironobu Sakaguchi, creator of Final Fantasy.

We also know that it will work offline, so you can play anywhere (take that, Stadia) and seamlessly between all Apple devices, allowing players to start a game on a phone and then move over to an iPad, Mac or Apple TV while retaining all progress.

We know it will be ad-free and won’t offer in-app purchases. So, for those mobile games players that are annoyed by interruptions from ads, and/or feel held back by having to pay for more lives or other level-up moments, this will make a difference in their experience.

But who are those people? One has to wonder. Hardcore gamers would care, but they wouldn’t replace their consoles, desktops and other hardware with controllers for a smartphone because it’s a touch-only interface.

Those who do use their smartphone as a primary source of gaming are typically casual buyers who don't mind in-game ads on apps like Candy Crush and Angry Birds, as long as they're getting their entertainment for free.

Even if they have to pay a couple of dollars every month or so for a premium game, that’s a low barrier to entry – and low cost to continue – so why would they pay for a monthly subscription?

So that rules out the casual and the power user. Who is left? The 'midcore' gamer? This group enjoys playing games that have a similar visual style to the Candy Crushes of the app world, but they seek more strategy and competition.

Their heart might be in gaming - maybe adults who grew up with video games - but they have full-time jobs and families and friends and not enough time to be fully immersed in games. So, session times range from short to mid-range. Again, possibly not enough incentive to buy a subscription, unless perhaps to take advantage of the 'family sharing' option (up to six people).

Even if Apple does manage to successfully capture a significant group of consumers to buy into the monthly subscription, what impact will this have on mobile games developers? I still think very little at most.

If you’re one of the tried-and-true gaming brands that are in with Apple and thinking of launching a game in Arcade, it’s true that there is more flexibility to try new things and to create deeper and more meaningful experiences, since you know you’ll get at least some financial reward for it.

Still, who knows how much that will be? It's unlikely development of these games will be paid for solely through Apple Arcade.

Apple is known for skimming at least 30 per cent off the top, and there’s no reason to believe they won’t do that here. Even if they go with the Amazon model, where you get revenue based on how much time the user spent in your game, you’re competing with at least 99 other premium games that are part of the Arcade library.

Lastly, the lack of in-app purchases and advertising means your ARPDAU will be flat at best; you won’t be able to take advantage of optimisation, holiday spikes, demand surges or competitor ad premiums.

So really, other than an incremental extra revenue stream and some brand awareness (shared with 100 others at minimum) – who doesn’t want to be associated with Apple? – the benefits are fairly unimpressive.

That’s just for the bigger gaming companies with a strong library of titles and some big-name hits. If you’re a small developer and you’re launching your first app, you’re going to have a hard time getting it into Arcade.

Apple Arcade might be a good branding exercise for some publishers, but it’s not going to pay the bills.

Talk about Apple Arcade and more with hundreds of mobile games industry professionals at Pocket Gamer Connects Seattle on May 13th and 14th.