Behind a game jam: A platform perspective 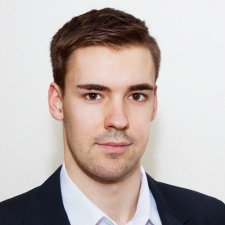 Martin Žákovec is head of games at Gamee.

Over the past four years, Gamee has built a mobile platform connecting friends to play casual-style games and tournaments through groups, communities and messaging apps.

We saw the trend and focused on providing users with the possibility to play games instantly anywhere and share the experience and score with friends seamlessly.

Last year, we did an experiment where we introduced the platform not only to players but developers as well. The result? Over 200 registrations, 90 games submitted, an invaluable network of developers and millions of gameplays.

How did we do it and what did we learn?

From the day we started building Gamee, we wanted to open the platform to developers and give them the tools to get their games to players worldwide. We soon realised it was no simple feat. So we started small, working with a few selected devs, getting valuable feedback to improve our platform.

We have worked with multiple engines along the way, but one of them caught our attention due to its simplicity and the amazing community it has created: Construct. There are currently 10s of thousands of Construct Devs around the globe, varying from hobbyists to professionals. Since we already had simple plugins available, it seemed only logical.

We soon realised it was no simple feat. So we started small, working with a few selected devs, getting valuable feedback to improve our platform.

So we put together a landing page and started the Jam - what could possibly go wrong, right? Well, “You know nothing, Jon Snow…”

The simple answer is - everything. We had technical difficulties left and right, the website was down, plugins were not working properly at first, we had a bug in our tutorial... nothing anybody working in a start-up couldn’t relate to.

The most challenging yet enjoyable part was the technical support. As part of the challenge, the devs were trying (mostly with success) to make their game work within Gamee.

This gave us valuable feedback and also exploited many use cases we had never thought about before. Replying to hundreds of emails and going through forums on a daily basis might not sound like fun, but knowing we replied to every single person is well worth it.

What surprised us the most, was the buzz generated within the community. Was it the challenge of the Jam itself or just the curiosity about a new platform? Hard to say even in retrospect.

Over the course of a month, with barely any promotion, we got over 200 developers registered and, in the end, received 90 games to review. Out of those, 20 made the final cut and were played by our panel of judges from all walks of the games industry.

It was incredible to see the commitment and the talent invested on the jam, from the devs to the judges, we all enjoyed creating, playing and judging the games, which led to new partnerships with developers and the launch of one the games garnering over 11 million gameplays in less than one year.

Let’s do it again, better!

Learning from all the good and bad, we launched Gamee Construct Game Jam Vol. 2 on June 2nd. We got a lot of feedback, implemented it and now, we are ready.

This time, the jam comes with a theme - Battle with Friends. Whether the games are built to compete, cooperate or just smash your friend with a pie, it doesn’t really matter. Your creativity is the only limit.

The best devs are competing for prizes and our team will be closely looking for talent to bring into our closed beta program. That way, some of the devs might get a chance to publish their games to a global audience.

For more information head to create.gamee.com.