The universal guide to retention

Worldwide gaming audiences contain a lot of very different people. The player marketing experts at deltaDNA worked out what unites those players, and how game developers can take advantage 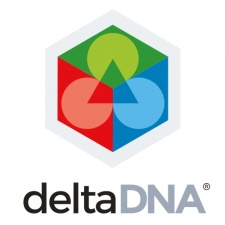 In such a gargantuan range of players and games, it’s impossible to find a ‘one-size-fits-all’ fix for retention. What you can do, however, is look at the universals and make sure that they are working in your favour.

Every player installs a game, plays it for a while and eventually churns. At various points in that process, every player feels intrigued, confused, excited, bored, confident and frustrated.

If these shared experiences are going to make your game rather than break it, you need to learn how to foster good feelings and avoid the bad at every stage of the player lifecycle.

Certain problems are more prevalent at certain stages and they vary in complexity, but they all require some level of constant attention. Master the universals and your retention will skyrocket.

Your players’ first-time user experience (FTUE) is where your game needs to shine its brightest.

The best games on the market all suffer their biggest losses on Day One and so do the worst. It’s universal. The majority of your players won’t return after Session One so you NEED to surface the game’s best features right at the beginning and get people invested.

It’s almost impossible to play your own game from a novice perspective because, as developers, you know every pixel inside out.

Here’s how to onboard effectively in Session One and avoid the common pitfalls of tutorials/first missions:

It’s almost impossible to play your own game from a novice perspective because, as developers, you know every pixel inside out. What’s obvious to you will not be obvious to a true first-timer. If you want players to try a feature, make it unmissable with prompts and striking visuals.

It’s easy to overwhelm a first-time player by doing too much, all at once. Keep your instructions simple, your text concise and don’t make tasks/clips/tutorials any longer than they have to be.

Avoid tutorials “on rails”, ensure that the player is always interacting, maintain a good pace throughout and make failure impossible.

Whether subtly (by surfacing exciting future content) or not so subtly (with explicit rewards offers), make sure that your players have a good reason to return for a second session.

If a game isn’t fun, it’s not a good game. Some late-game players (that have goals and incentives to stay) will stick out a long cutscene or boring task, but newbies have no such loyalty. Day One is when your players are simultaneously at their most intrigued and most easily confused – all hail the fearsome FTUE!

Day One to Seven: Entering the big bad (game) world

After the tutorials, players will begin to experience the game in modes that involve: challenge, loss, failure and frustration… or a tedious lack thereof.

Game difficulty is the biggest mechanical cause of retention issues – too hard and players will give in; too easy and they will get bored. That said, erring on the side of ‘ease’ is the safer bet.

Game difficulty is the biggest mechanical cause of retention issues – too hard and players will give in; too easy and they will get bored.

Getting the difficulty curve right is incredibly difficult, largely because no curve suits everyone. Here’s how to get around that:

Use your analytics tools to split your players into groups of casual, midcore and hardcore; novice, intermediate and experts. You can then build strategies and adjust difficulty curves to keep different players interested, for longer.

Your players need to get a taste for victory before they sample bitter defeat. Ramp up the challenge - let them experience pressure and pinch points - but abject failure should not be an option in the early game. Keep the silver lining!

Very early on, the excitement of victory and novelty will be enough to keep players interested. In the main game, there needs to be a compelling personal reason to push through any tedium.

Implementing some kind of progression or XP system gives players a reason to grind when enjoyment isn’t quite enough. The sense of achievement associated with levelling up is a powerful thing.

Adhering to the advice above will massively improve your player retention in that crucial first week after install, but reaching Day Seven should not be the target for ambitious games-makers in 2019.

If you want to find out how to keep players around as they mature into veterans of the later game, and even after churning altogether(!), you can download the full Universal Guide to Retention for FREE from the deltaDNA resource library.

With deep and rich player data on 140 million monthly active users (MAU), the deltaDNA analytics and player marketing platform is home to some of the games sector’s leading publishers and developers, including: Take-Two Interactive, Square Enix Montreal and Bandai Namco Entertainment Europe.