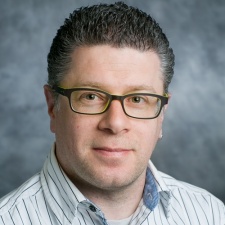 Eran Kinsbruner is chief evangelist at Perfecto, a Perforce company.

While foldable smartphones present some exciting design opportunities - more “real estate” to play with and a bigger viewing landscape for game consumers - they also bring some big development challenges. These challenges will affect any content developed for such devices, including mobile games.

Nor is there any time to lose: Huawei, LG and Samsung have already announced products. Analysts are predicting the mass-market adoption of foldables within a couple of years. Put simply, foldable devices are a seismic shift in mobile design and game studios need to start preparing, fast.

The problem is the proliferation of variables and ensuring app continuity across different screens, each with varying resolutions, densities and dimensions. At the very least, developers will need to support at least two resolutions (folded and unfolded), four if rotated orientation is supported as well.

Beyond that, multi-window capabilities vary across different operating systems, as do different viewing modes: split-view, freeform and so on.

The multi-resume split-screen feature introduced last year as part of the Android Pie operating system means that there could be up to three different apps running on the device at once, all competing for the same power, memory and battery, and possibly other resources too, such as camera, location services and voice commands.

Supporting responsive and progressive apps to make sure they look and perform properly on foldable smartphones is another potential challenge. With all these factors to consider, it’s easy to see that the number of different permutations a mobile game must support is going to scale far beyond existing variables.

Getting smart about testing

Robust testing strategies will play a critical role in foldable projects. Within DevOps and the modernisation of the software development lifecycle (SDLC)) as a whole, testing has come out of the side-wings and into the spotlight. No longer just a box-ticking exercise, testing is perceived as a ‘value add’ that ensures code quality without slowing down time-to-market.

“Continuous testing” has become mainstream, with more testing taking place earlier in the development lifecycle. This includes the “Shift Left” movement, whereby more testing is carried out by developers. And there is now more emphasis on test automation as an enabler for continuous testing and mitigating business risks.

With foldable devices, that broader and deeper approach to testing is going to be vital. The amount of variables will mean test cases will grow to a whole new level. However, simply adopting automated continuous testing is not enough on its own. Buying into a set of tools or testing services, however good they may be, does not guarantee success.

Culturally, the successful deployment of foldable-ready games is going to depend on making sure the test strategy is in good shape. Due to the volume of variables to be tested, regardless of “Shift Left,” the QA process could become longer, with more feedback loops, all of which puts deadlines at risk.

With physical products, it is going to be essential to start by testing on real devices, rather than using simulated services, such as robotics.

Here are a few practical examples that developers and testers should consider when ensuring their app quality on foldable smartphones:

Even if it was possible to automate every part of the test process, it is not viable to have 100 per cent test coverage. It just takes up too much time. It’s far better to focus on the most relevant, highly-trusted, and high-value tests.

Foldable smartphones are one of the most significant device developments in many years.

Using test analytics will help determine what those are. For instance, examine the average time per test scenario. If it takes more than three minutes, something is wrong. Look into the most bug-ridden areas, build and CI pipeline health. There’s you’ll see the broken builds for each branch, month and the root cause.

You’ll also learn when it is best to carry out regression testing, which is about checking that a recent change has not affected existing features. Lastly, you’ll find how late in the development cycle defects are being found.

Foldable smartphones are one of the most significant device developments in many years, opening up the potential to take gameplay on phones to a whole new level.

The games that will succeed are those that will ensure gamers have the same great user experience that they have come to expect.

While the foldables market is still in its infancy, the industry consensus is that they will be mainstream within a couple of years. Now is the time to start planning for a foldable future.

Why top publishers rely on WeTest for QA services

"It’s important to create a culture where it is okay to be different," says SciPlay QA Manager Ronny Yoon