"It failed miserably. So we donated $10k to charity instead" 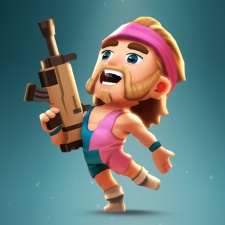 This article was written by the team at Futureplay. It was originally published on Medium.

Wise people say there’s no shame in failure, as long as you learn from your mistakes.

But I think we can go one better than that.

There’s no shame in failure, as long as you’re helping others to learn from your mistakes.

This case study is about one of our most costly marketing mistakes to date. We’re laying it down so you can avoid making it too. Enjoy.

What kind of silly idea could cost us so much money anyway?

The thing is that at its core, the idea was pretty brilliant.

It had been inspired by a recent campaign on one of our other titles, Idle Farming Empire. To celebrate World Turtle Day (yes, such a thing exists) we ran Totally Turtles — an in-game event in which 50 per cent of all in-app purchases were donated to charity. We raised almost $8,000 for the Sea Turtle Conservancy.

This time, we wanted to do something different.

Our latest campaign centred around our mobile game Battlelands Royale — one of Google Play’s top games of 2018. And now, we wanted to give $10,000 to charity.

We thought we could use Battlelands Royale as a fun, exciting vehicle that would allow us to achieve that.

So, after careful deliberation of our chosen charity partner (ultimately AbleGamers — a brilliant US charity that helps people with severe disabilities get back into gaming) we put our heads together and planned the campaign that would set the world alight.

Wow! Donate a dollar just by dropping a hashtag.

A super simple campaign with a bloody brilliant ring to it. Surely we’d smash that $10k target, right?

You’re about to find out.

But first, why would we go about doing this?

There was method in the madness (and a great deal of it, too).

The vast majority of our marketing spend goes on user acquisition costs for paid install campaigns.

A super simple campaign with a bloody brilliant ring to it. Surely we’d smash that $10k target, right?

We rarely delve into the vast, unquantifiable world of brand marketing.

That’s because as a scale-up company, it’s really important for us to keep an eye on our bottom line - and focus our investments on areas where we know we’ll get a return.

We have some smart people monitoring some smart data systems to ensure that whenever we spend a dollar on user acquisition, we’re more than likely to get it back 30 days later.

That’s great, because it means our user acquisition activities keep us profitable and help us grow.

It also means we plan our non-user acquisition-based marketing activities carefully to ensure they’re as cost-efficient as they can be.

(That’s to say we didn’t want to just close our eyes and throw a bunch of cash at random influencers or agencies and ask them to do the legwork for us, like larger, more traditional brands might be tempted to do.)

So then, how did we go about doing this?

Knowing we’d be likely to generate a better return on our investment if we could work with influencers directly, we set about doing the work ourselves.

So we meticulously scoured YouTube for influencers that we thought might bring us some new users but not break the bank, and of course, they needed to be a good fit for the game and the campaign, too.

When filtering for the right influencers, we paid more attention to 30-day video views than subscribers and used an estimated view-to-install rate to calculate eCPM and CPI. We were then able to predict potential returns and compare influencers against one another.

Shortlist in hand after hours (or was it a couple of days?) of research, we set out to contact each influencer via the ‘About’ section of their YouTube channel. A sure-fire way to cut out the middle-man and save ourselves some agency fees.

Not long after, it became apparent why agencies exist.

When trying to contact influencers directly, we had a response rate of next to 0 per cent. And where we did get a response, it was an agency responding on behalf of an influencer.

It was looking like it was going to be a challenge to be able to get anyone on board directly.

Soon enough, we joined forces with a couple of agencies who helped us build an army of nine influencers ready to make an assault on the world of mobile game marketing.

Obviously, the agencies would be taking a cut, but that wasn’t the end of the world. After all, this was a carefully-considered campaign around brand and charity - not user acquisition (or not primarily, anyway).

Less than two weeks before the campaign was due to go live, we lost three influencers.

$30,000 later our Drop In, Change Lives campaign was all set and ready to go. It would run from July 20th to 28th, with content from a variety of US influencers being staggered throughout the first four days. That would give the campaign the legs it needed to last the distance.

But then the wind started coming out of our sails…

Less than two weeks before the campaign was due to go live, we lost three influencers.

We scampered around for replacements, but it was tough to find anyone who would fit the bill and match the strict criteria we’d set for the campaign when drawing up our targets.

(Usually, we’ve found that influencers need at least two weeks’ notice to get to grips with a brief, create the content, make revisions and release the video.)

Two choices presented themselves to us: retreat or advance.

And the way we saw it, we were in too deep to pull back. We’d estimated that there were still 600,000 views there for the taking — plus the few thousand that would come from the video we’d make ourselves for our existing community, too.

So we re-grouped, and prepared to charge.

Onwards! And into the campaign

July 20th hit and the videos starting rolling out. We were excited.

But the first video got off to a slow start. We knew something up when the first influencers weren’t winning any of their matches.

In a 15-minute dedicated video, they’d managed to not win a single battle.

Doubts started popping up. Had we set the bar too high? Could we reasonably expect an influencer’s audience to win a match and get a screenshot of their win up on Instagram if the creator they’re following wasn’t doing it themselves?

What’s more, the view count was much lower than for their other content. Naturally, this meant there were nowhere near as many hashtags being uploaded as we’d initially hoped.

And the same trend followed on the second day. And the third. And the…well, you get the idea.

By the end of the campaign, most videos had mustered just tens of thousands of views.

Worse still, our predicted view-to-install rate was much lower than we could have ever imagined.

As a result, our considerably large outlay had barely tickled the tastebuds of any of our KPIs.

And the total hashtag count? 482

That makes less than $500 being donated to charity. Not cool.

We’d also hoped that the nature of the campaign would prompt influencers to support the cause beyond the sponsored video — perhaps with extra tweets or Instagram posts. But you guessed it: that didn’t happen either.

The brand boost hadn’t panned out the way we’d envisioned thanks to the low view count, and the fact that less than 500 posts had been uploaded meant we hadn’t taken over Instagram to the extent we thought we would.

We’d also hoped that the nature of the campaign would prompt influencers to support the cause beyond the sponsored video - perhaps with extra tweets or Instagram posts. But you guessed it: that didn’t happen either.

The campaign was looking like an abject failure. There was only one thing for it. We fired our marketing team and filed for their extradition.

Obviously, we’d have much rather have been able to do that as a result of hitting 10,000 hashtags.

But given that one of our goals the entire time was to donate $10,000 to charity - and we’d missed that bar quite spectacularly - it just seemed like the right thing to do.

Granted, the campaign had become quite expensive and generated very little return.

But here at Futureplay, we’re firm believers that you learn more from failure than you ever can from success.

Here’s some of the stuff we learned.

But the long and the short of it? We can rest easy in the fact that AbleGamers have an extra $10,000 in the coffers — an amount that’s genuinely going to change lives.

Better still, our marketing team will live to fight another day, with another valuable lesson under their belt and that little bit more wisdom to take into their next project.

Let us know your experiences - good, bad and beneficial - of working with influencers. And we’d love to hear more about how you handle your split of marketing spend between performance and brand, too.

Futureplay's Build Away! organic downloads up 110% from Matchmade influencer campaigns