South Korea mobile game opportunities - and how to unlock them 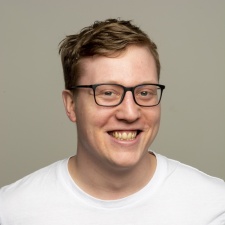 South Korea was always a fascinating market for mobile game publishers and developers based in Europe and North America.

Back in the early-2000s it was simultaneously the holy grail in terms of a target market but tantalisingly just out of reach, through a combination of technological, economic and cultural reasons.

To those looking in, South Korean infrastructure was way ahead of anything we had in ‘The West’ – heavy government investment in networks and subsidies for local corporations like LG and Samsung took care of that. Socially, games became viewed as something more than just a hobby, even as a potential career with celebrity status.

But while the mobile market was unified under the CDMA banner (unlike, say, Japan - which had a heady mix of GSM and CDMA infrastructure), it was still fragmented in terms of software, with different operators and handset makers backing multiple ‘content platform’ horses.

If this old vet recalls correctly, operator KTF placed its bets on Qualcomm’s BREW content ecosystem, while LG Telecom deployed Java. SK Telecom decided to go it alone with its own proprietary solution. So far, so fragmented for us poor developers and publishers. Cue endless discussions in conference panels sessions about how these minefields could be navigated.

While local IP might be preferred, we think there’s plenty of room for Western publishers to jump into trending genres.

On top of all that, the South Korean government had introduced an initiative called the Internet Platform for Interoperability (WIPI), which was designed to protect the domestic mobile market from outside influences. Not quite a totally closed shop, but not far from it.

Fast-forward almost 20 years and things are a bit different. The unstoppable force of the iPhone and the App Store softened barriers to the domestic market, while Google’s choice of Samsung and LG as key Android partners means that, from a platform perspective, things aren’t nearly as homogenous these days.

In 2019 South Korea is the fourth largest mobile market in the world and – most importantly for games publishers like for us – its consumers spent $5.6 billion on mobile games in 2018. In fact, 53 per cent of South Koreans play mobile games once a month – far higher than console or PC platforms.

Culturally the gaming preferences are still for MMOs and locally-produced content - more than 10% of the country’s mobile games revenue came from Netmarble in the first half of 2018.

But there is precedent for games from overseas publishers to find success in South Korea. Strategy games in particular have born rich fruit for Western publishers as local giants like Elex, NCSoft and Gravity skew heavily towards the MMO genre.

And while local IP might be preferred, we think there’s plenty of room for Western publishers to jump into trending genres and find opportunity at the forefront of technical innovation.

Perhaps the biggest game-changer is that you can now apply for a rating for a 17+/mature game online.

But it’s important to make sure that your game complies with local regulations to ensure you can grab the opportunity. In a recent interview with the Korea Times, Korea Mobile Game Association (KMGA) President Hwang Sung-ik said: “Korea’s game industry is weighed down by government regulations, which have been undermining the competitiveness of local developers.”

Historically, these regulations have tended target loot boxes and aim to protect young players from excessive gaming by restricting playing time. But this year has seen the regulators allow, or even encourage, more Western games to move into the market.

Perhaps the biggest game-changer is that you can now apply for a rating for a 17+/mature game online, whereas previously it was a requirement to have a local office or publisher before starting the process - prohibitive for most indie publishers like us.

In fact, we’ve been one of the first hundred apps to apply for a South Korea release through this new rating system. It has been both an interesting and educational experience, and not without a few hiccups along the way.

So, to save you some time, here are five key things you need to consider before following the same path:

One word of caution - The process is so new that the portal through which applications are made has actually changed during our own progress through it, meaning we’ve needed to resubmit our game several times.

But we’ve learned a lot and are happy to share with anyone who’s thinking about releasing their game in South Korea - Feel free to drop me a line at jake@realitygaminggroup.com if you want to swap some notes.