No matter what you think about Animal Crossing: New Horizons, it won't matter after its Direct 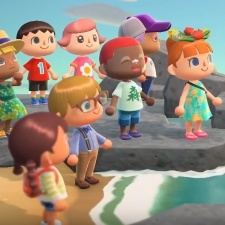 It's a strange time to be an Animal Crossing fan.

On the one hand, there are growing voices of resentment towards Nintendo for the apparent mishandling of the franchise. For one, its last two non-mobile entries were spin-offs from the traditional lifestyle sim gameplay, with the 3DS' New Leaf being the last main entry in the series to launch back in 2012.

Its mobile effort, Pocket Camp, riled those not in the mobile gaming world because of its free-to-play mechanics, despite those in the know recognising how soft its monetisation was at launch.

This has changed over time with the inclusion of gacha and subscriptions, but the damage had already apparently been done - though not for hardcore fans still pumping money into the game.

And then there's New Horizons, the upcoming Switch release which is quietly causing tension in the Animal Crossing fandom thanks to its "one island per Switch" rule - no matter how many profiles you have on a console, everyone has to play on the same island.

Couple that with new ads showing a mother and daughter playing New Horizons on their own individual Switch Lites, and you get a grumbling fanbase growing wary of Nintendo trying to sell them multiple consoles.

But on the other hand, does any of this matter? Not a jot.

Starting in 2012, Nintendo decided to do all its major announcements in its own way - through a video series called Nintendo Direct.

The premise is simple. Nintendo gets its top-ranking and most personable employees to introduce a raft of games through a pre-recorded video, puts it on YouTube for all to see, and watches as people scream excitedly on social media about the latest info dump.

It's been so well-received that fans are now keeping track of the number of days it's been since a full-fledged Direct - though there have been plenty of Directs focused on indies and single games in-between.

Which leads us back to Animal Crossing: New Horizons. Announced in E3 2018 (via a Nintendo Direct, of course), there's been little concrete news on the game so far, unless you count the odd screenshot and teaser trailer as "news".

Fans have been clamouring for more information ever since the game was first shown, but Nintendo hasn't budged. Instead, as questions are raised about the "one island per Switch" policy and concerns grow over the potential for in-game purchases, Nintendo has stayed almost entirely silent, instead waiting for the right moment to strike - with a Nintendo Direct.

It's an almost perfect ploy, really. Nintendo holds all of the cards and isn't giving anything away. And then it announces a Direct, gives two days for fans to get hyped up about it, before dumping every single tiny thing they want to know in one fell swoop, blowing away any negative feelings people had for the company before.

Any doubters leftover will be drowned out by a sea of excited fans, poring over every minor detail - the new clothes, new furniture, new characters and so on. Social media is set to be flooded with memes as everyone picks their favourite islanders. In just a few hours, the conversation will be focused on how excited everyone is, and not about the doubts they hold.

Will the New Horizons Direct clear up all doubts surrounding the new game? Probably not. But with enough shiny new images and videos to look at, nobody is going to care. And then they'll all go back to marking off days on their calendars, waiting for the next Direct.